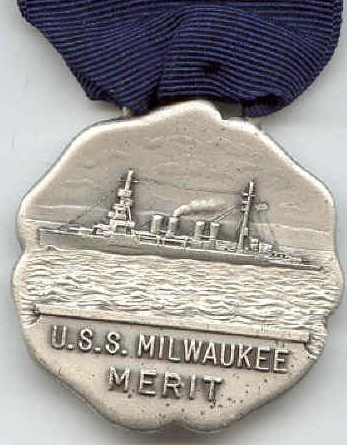 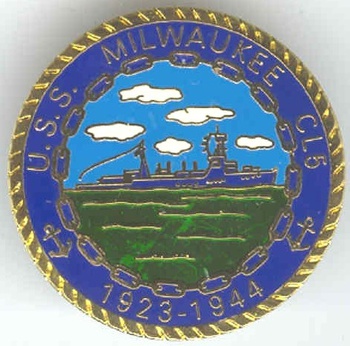 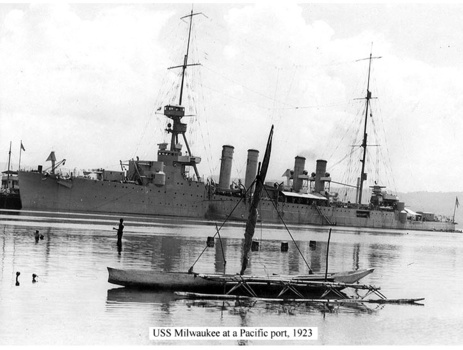 The USS Milwaukee was a cruiser in the US Navy from 1923-44. It replaced an earlier ship of that name which wrecked off the California coast in 1919. In 1944 the ship was loaned to the USSR and they returned it about 20 years later. Above left is a silver medal of merit that may have been issued on board the ship by the Captain. In the center is an enameled pin of the ship's veterans group and at the right is an early photo of the ship. Does anyone reading this know of any other similar ships medals?