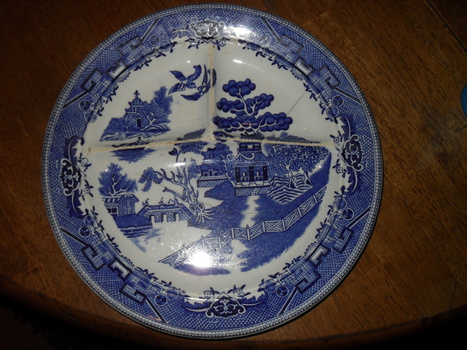 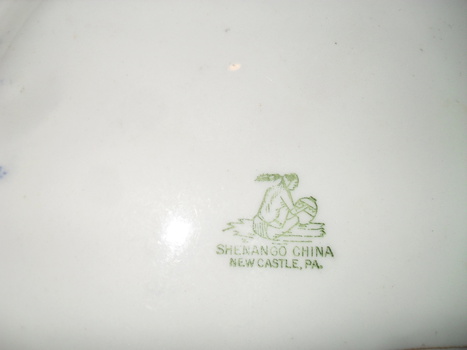 These are goregous china plates. I wish I knew how much they are worth? Shenango china started making these seperated plates for diners. This emblem is the very first one they stamped. This one is dated back to 1901.