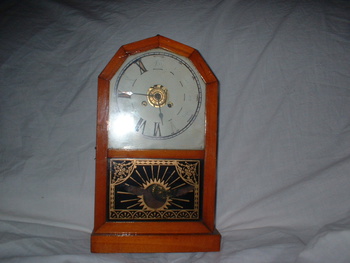 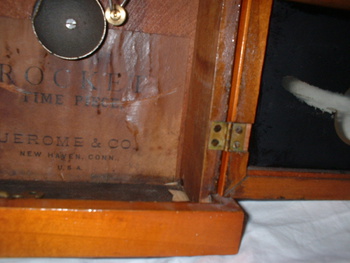 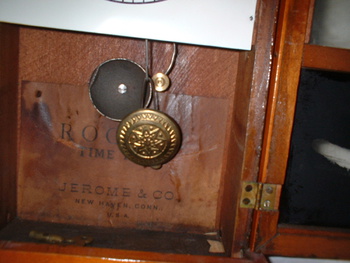 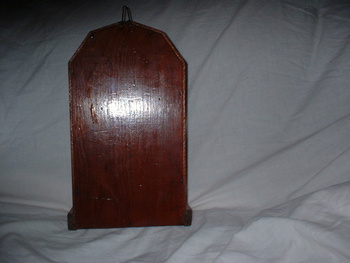 Clock left behind by seller. I suggested to my wife put it in garage sale its just a homely clock. Decided to open it up and read the paper lable Rocket Time Piece Jerome & Co New Haven Conn. Research sez Chauncy Jerome made wood clocks and his brother made wood clock cases in the early 18oo's. Changed to brass and had a booming business. Eventually Formed the New Haven Clock Co.
Then went broke after buying a Bridgeport clock co. and died broke in 1868. New Haven used the name Jerome &Co on their clocks til 1904. Haven't removed the face to see the works. It's nailed to the case with tiny nails. Face is missing a lot of numbers and someone put them on with a ballpoint pen. Wound it and it ticks right along. Enjoy and thanks for looking.