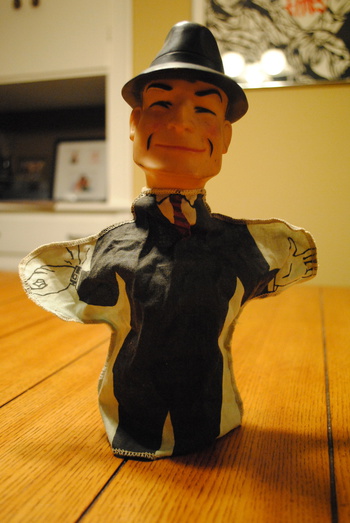 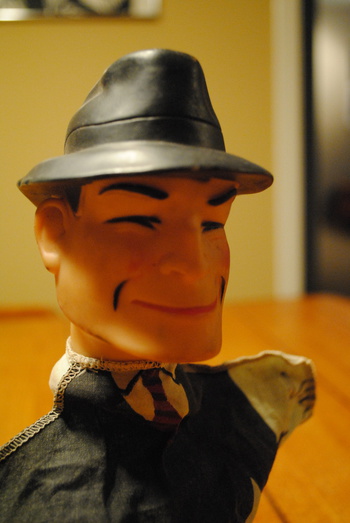 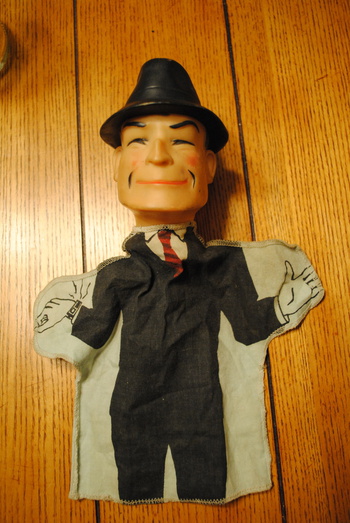 This is a Dick Tracy hand puppet made by Ideal in 1961. The back of his neck says 1961 CHIC TRIB NY DAILY NEWS SYND. He has a rubber head and a cloth body. He is wearing his signature two way wrist radio. Although the comic strip debuted in 1931, the two way wrist radio did not appear until 1946, but became an iconic device frequently associated with Dick Tracy. The comic strip ran until 1977. I don't have much information specifically about this item, only what is printed on the back of his neck. Any additional information out there?