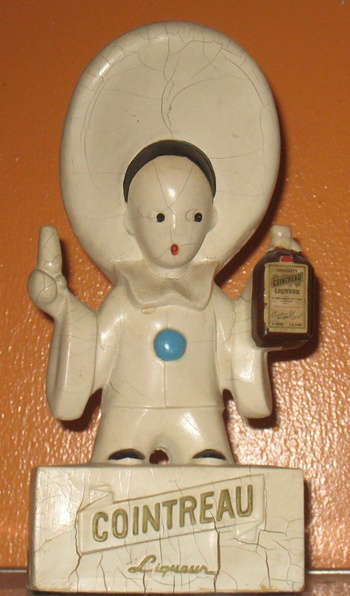 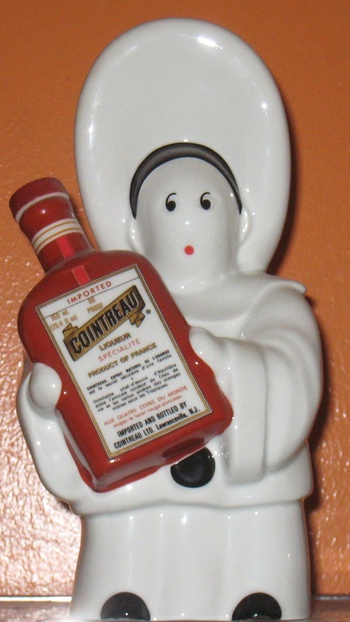 Advertising Figurines from Cointreau liquor : From the 30's to the 80's ( The 4th one from the left is a replica from 1936 created by Jean Mercier.Limoges. 15,000 made) .
All advertising pieces made for the US market.
Cointreau Distillery was first set up in 1849 by Adolphe and Edouard-Jean Cointreau, who were both famous master confectioners, when they started making spirits using only local fruits. The first liqueur to have success in the Cointreau distillery was actually not the now famous orange spirit, but rather a cherry liqueur (called guignolet).

By the turn of the 20th century, the Cointreau distillery was already selling nearly 800,000 bottles per year of the unique bitter orange spirit and Cointreau opens it’s first branches in Europe as well as developing the Pierrot character, which remains the symbolic image of the brand.

By the early 1920s, grandson’s of the first Edouard-Jean Cointreau, Louis and Andre, take over the family business and make Cointreau into a worldwide brand—exporting the liqueur to the Unites States .

These days, an estimated 13 million bottles are sold each year.
Cheers !