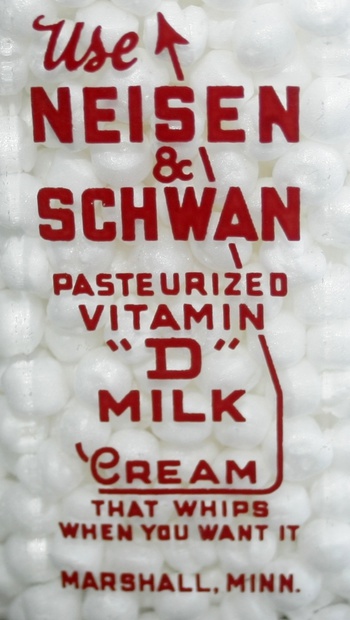 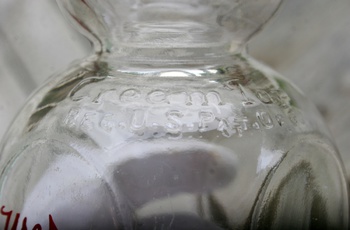 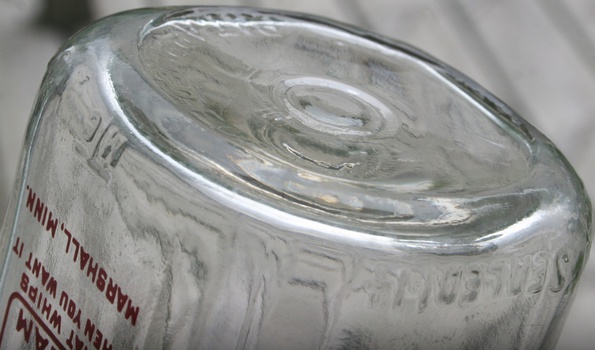 A German immigrant by the name of Paul Schwan, entered the ice cream business following World War I when he accepted a delivery job with a creamery in the southwest Minnesota town of Marshall. In 1944 the elder Schwan was financially able to launch his own venture. That year he bought half interest in a milk bottling plant, which happened to be adjacent to the Marshall Ice Cream Company, his most recent employer. The new firm, Neisen & Schwan's Dairy, was a family enterprise from the start, founded on personalized delivery to area homes. At the age of 14, Marvin (Paul's son) accepted a milk delivery route & supplemented his income on weekends by packaging ice cream bars, fudgesicles, & popsicles. Realizing that he could boost his productivity by 25 percent, Marvin purchased a bag-opening machine with his own funds; his father recognized both the advancement in productivity & initiative of Marvin & reimbursed him for the capital expenditure. By 1948 the business, which both supported local dairy farmers & provided a valuable service to households, was well known & respected. With the help of Marvin's investment, Paul bought out his partner, renamed the business Schwan's Dairy, & opened a new plant in town.

The business still exists today. It is called The Schwan Food Company & is a highly successful/well known business.

This Cream Top milk bottle is from the business when it was known as Neisen & Schwan Dairy between 1944-1948. The bottle was made by the Thatcher manufacturing company. It is the square version of a cream top which was originally designed & patented by Ruth M. Clark in 1944. Below the bulb of the bottle it is embossed "Cream Top Reg. U.S. Pat. Off. The. The bulb is marked "It Whips" in red on the front & back. The front of the bottle is marked in red "Use Neisen & Schwan Pasteurized Vitamin "D" Milk~Cream That Whips When You Want It (with an arrow extending up through the lettering)~Marshall, Minn". Around the base of the bottle it is embossed "mTc~5 11~T.C.S. 4~One Quart~1 MINN in a triangle~Sealed 1-14". The bottom of the bottle is engraved "Pat Applied For~44~7~S".