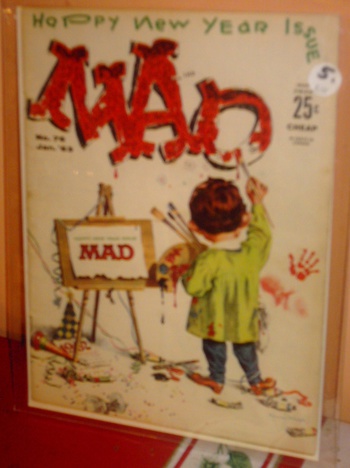 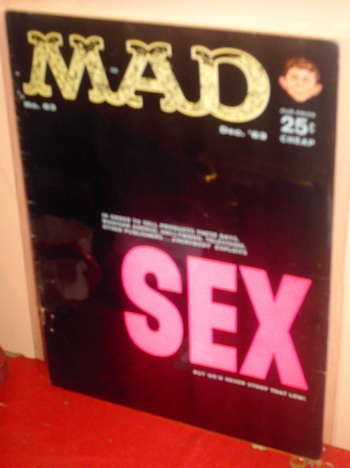 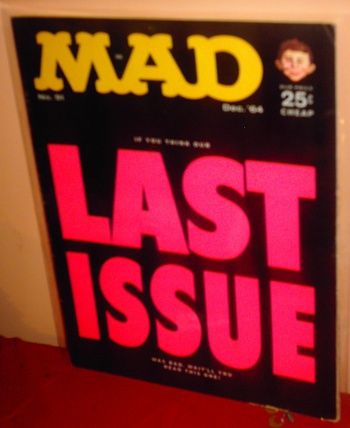 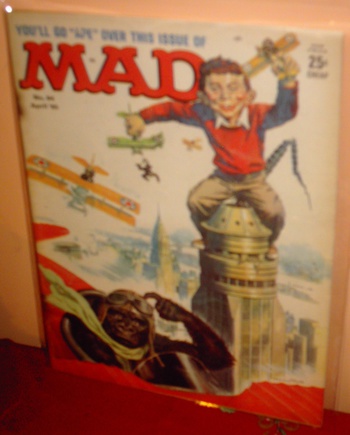 A few more of my MADs. I read that #83 was one of their poorest selling issues in years, because a lot of stores refused to carry it because it was so controversial. The ones that did, the children's parents wouldnt let them buy it. Ironically, on the front it reads "In order to seel products these days, Madison Avenue, Hollywood, television, other publishers...Everybody exploits SEX...But we'd never stoop that low!"

Conversly, #91 was one of their best selling because people actually believed it was their last. The King Kong issue was one of MAD founder Bill Gaines' covers because he was a King Kong fanatic.