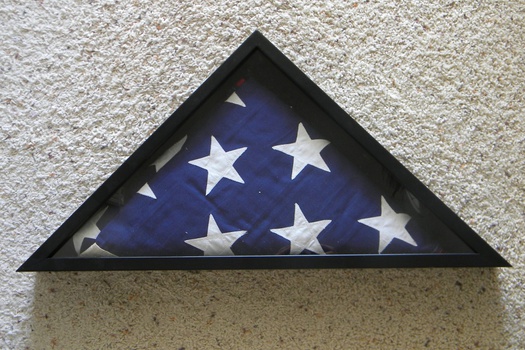 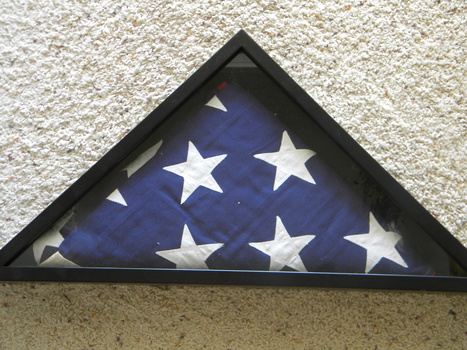 This flag was in my grandparents' garage. It either was from my Great Great Grandfather's funeral or from My Great Grand Uncle's funeral. My great great grandfather died in 1947, and my great grand uncle died in 1974. If it were from my great great grand father it would have 48 stars on it, is there a way to tell how many stars it has without unfolding it? If it were from my great grand uncle it would have 50 stars.
I don't want to unfold it because it has probably been folded since the funeral. Is it true that at the graveside service they place 3 shell-casings inside the folded flag? Is there a way to date the flag based upon the way it's folded, shell-casings, etc. without unfolding it?
My great grand uncle, Bill Poulton, was in the Navy during WWII.
However... I don't know for certain that my great great grandfather, Chester, was in the military. I found his WWI draft registration card, but I don't think that means he was actually in the military.

Any help that anyone can provide will be greatly appreciated!!