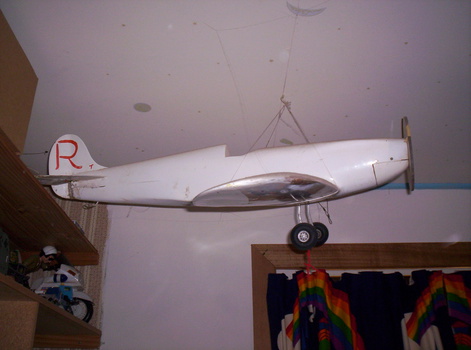 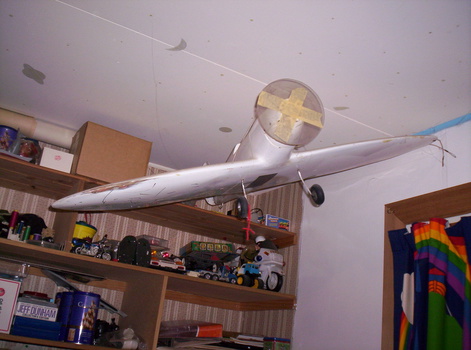 Model of a Spitfire 40ins long with a 48in wingspan. made of fiberglass it was given to my son about 15 yrs ago. It actually flew, the fuel tank and control wires are still in it, only the motor was removed to put into the next version. (much lighter) It still hangs in a spare bedroom hence the dust and spider webs on it. the damage on the wing is the result of the many crashes it had. it was designed to fly in an anti clock wise direction (angle rudder on tail) this was to keep it heading away from the operator. The propellor on it now is only a perspex circle, with all the crashes it had it went through countless props. 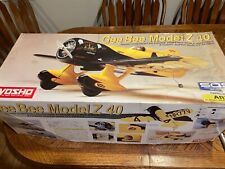 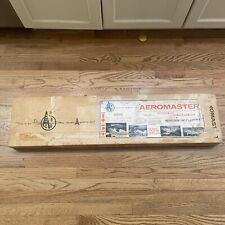 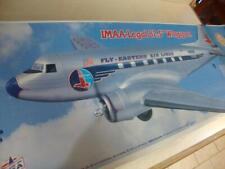 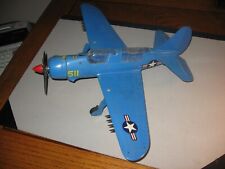