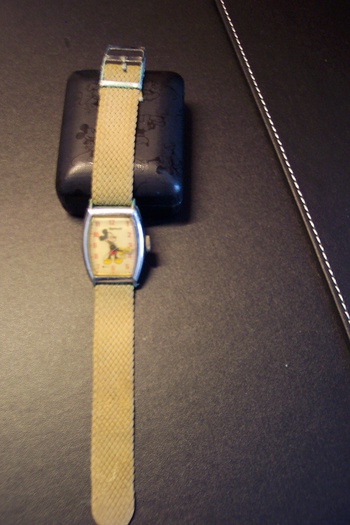 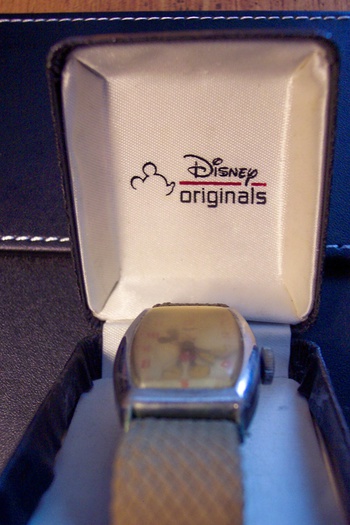 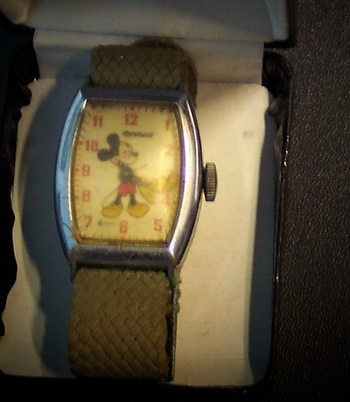 Just by chance I was looking in my arsinal of jewelry and once again stumbled upon this wrist watch which has been long forgotten about and tucked away for many years, so I decided to post some pics of this timeless peice of history, I do not know if it is of any $$ value but just the same it is a part of the baby boom era so I thought I would share it with all of you character watch collectors who appreciate such a timeless peice. The condition is fair after all it is showing its age. I dont know if it is still working & for fear of doing any damage I chose not to investigate any further.
The history I have on this peice is that it was once the proud owner of my mother who had visited disney world as a child herself, not certain of the age of this peice but lets just say she passed at the age of 72 in 2005 & left this peice to me in which I had tucked it away & forgotten all about it until I stumbled on it today. My mind takes me back to a ara in time that only walt disney fans such as myself could appreciate. If anyone has any history to tell me about the date range in which this peice was first distributed along with any other info you are willing to share & tell me, it would be deeply appreciated. Ty ksmcraft13 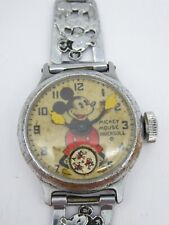 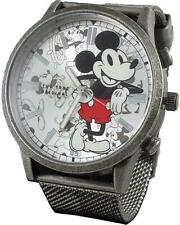 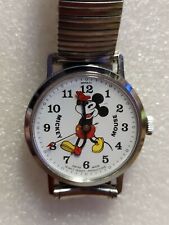 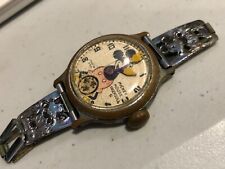