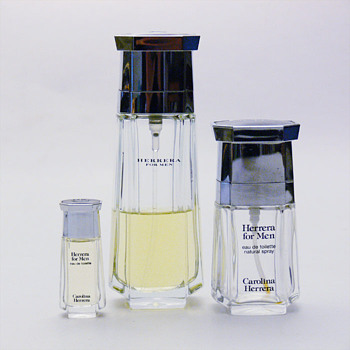 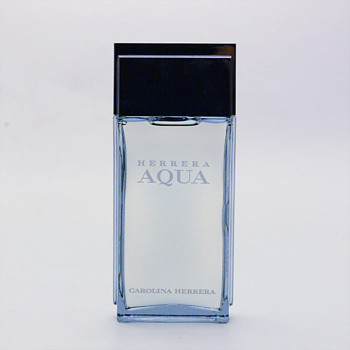 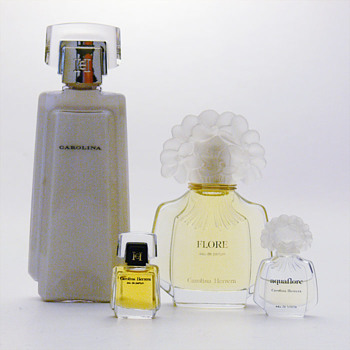 In 1989 André Ricard made the first design for Carolina Herrera perfumes. I guess the main reasson is because they're made by the Spanish company Puig for which Ricard has worked since the mid 60s.

In them he tried to do a more sophisticated design, but it remains simple and pretty much in line with his previous work. Well, there's that flower cap for Flore but I guess that was one of those requirements we designer have to cop with... and of course he also had to :) I guess I'll post together some of those flowery/kitsch designs.