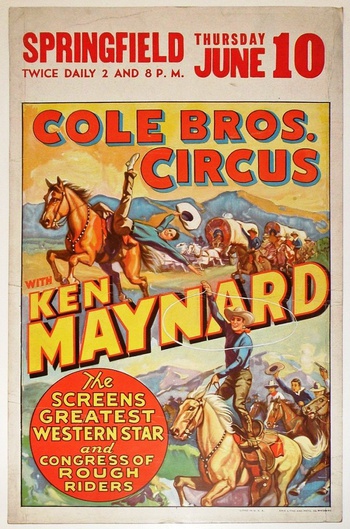 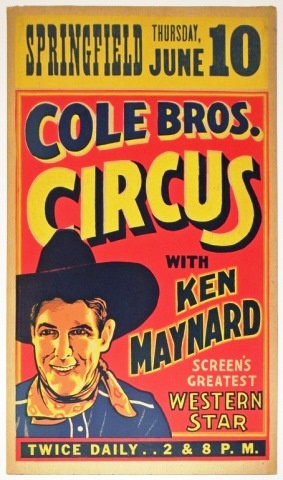 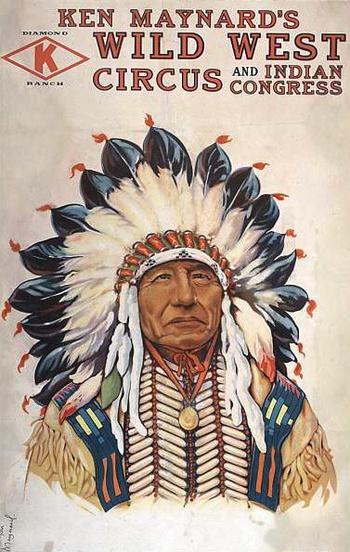 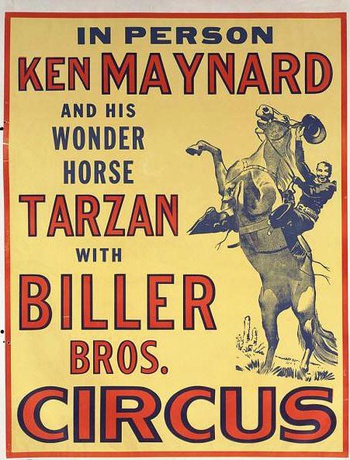 By the time that Cole Bros billposters stuck these window cards in a store window during the summer of 1937 Ken Maynard was closing in on his 42nd birthday - a bit long in the tooth for a Hollywood stuntman, but still a household name as a matinee idol. Maynard appeared in more than 90 films, usually with his horse "Tarzan"..
Ken Maynard's alcoholism caught up with him in the early 1940s and his film career effectively ended in 1944. He continued to make appearances at state fairs and rodeos, and even owned a small circus/wild west show which eventually he lost to creditors. Although Maynard earned quite a bit over his lifetime, he lost it all and spent his final years living in a rundown trailer. He died in 1973 at the age of 77.
Chris Berry
email: circusposters@gmail.com