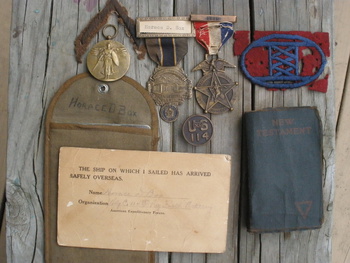 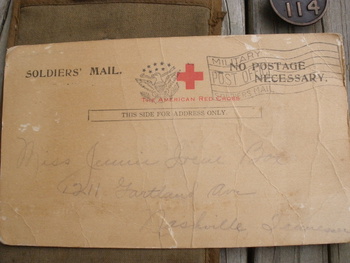 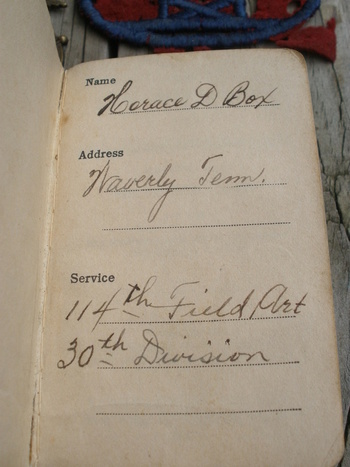 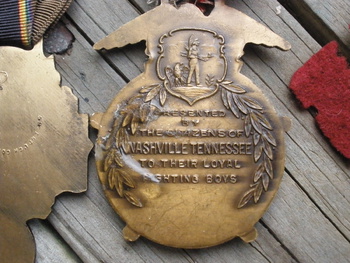 Little grouping from a good ol' boy from Nashville. 30th Division 114th Regiment Field Artillery. I bought it in a lot of items having no idea that they all belonged to the same man. Certainly an unexpected surprise.

The contents are pretty self explanatory. The medal on the red, white, and blue ribbon is a victory medal from Nashville, and next to it a veterans medal from the same city.

I was really hoping the collar disc was for the 29th Division's 114th infantry regiment. In reality, this disc would be indistinguishable from the 29th's infantry regiment had it not been part of a named group. The search continues I suppose.

The Disc is personalized, believe it or not, I'll post more on it later.