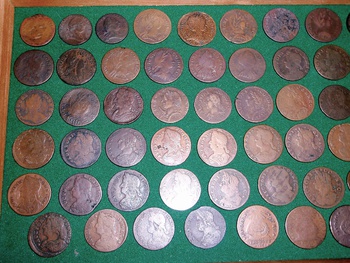 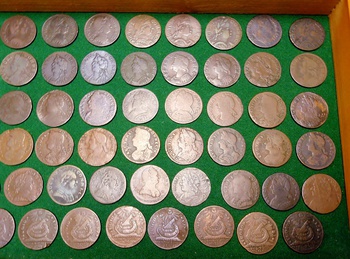 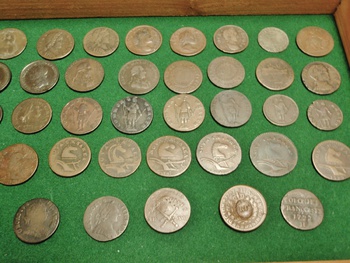 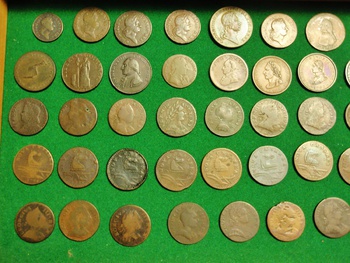 Some of my colonials- mostly Connecticut colonial coins. There are also some fugio cents, Immune Columbia and Virginia Half pennies. I added somemore colonials including Massachusetts, New York, Vermont, French colonies, New Jersey and Washington pieces. There are also some Machin Mills coins, Woods and Rosa americana and Pitt Token.
Thanks for looking.

US Colonial Coins
See all