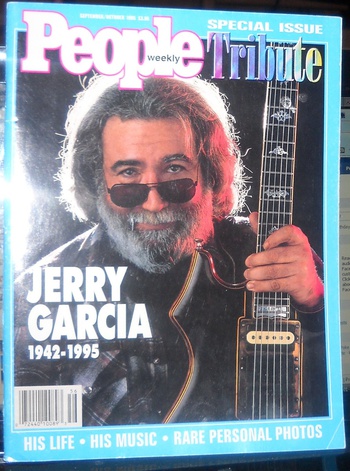 When Jerry Garcia died in 1995, People Magazine released a special tribute edition. I purchased one. My brother in law, who is considerably older than me, was a huge Grateful Dead fan. Earlier that year, my sister and brother-in-law tried to convince my parents to let them bring me to a concert. They said no way. Looking back, and being that I was 13 at the time, I can't blame them. But because of my brother in-law, I was already, and still am, a huge Dead Head.