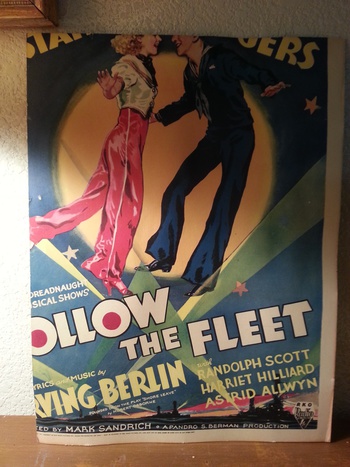 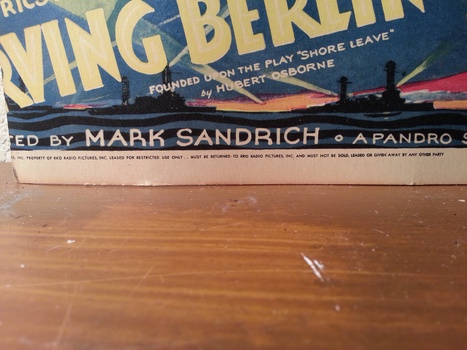 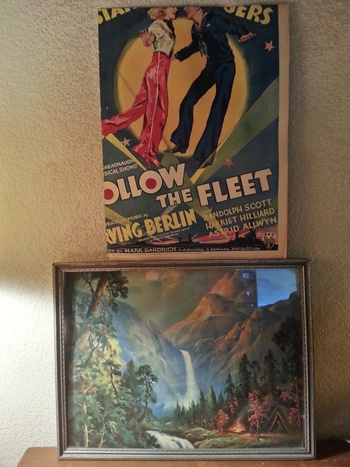 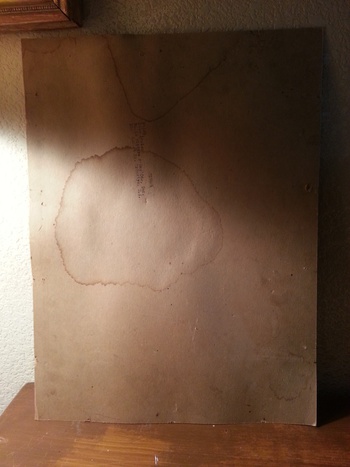 Hi, I thought I would share this. I was looking at an art print my Grandmother had and I opened it up to see what it was made out of. When I pulled off the cardboard I saw that it was movie memoribilia. The Co. Radio Picture Frame Co. Inc. that made the picture also made the movies and cards (RKO). On the bottom of the Movie Window Card it says must be returned to Radio Pictures Inc. ect. If it was not cut down to fit the picture it would have been worth about $1,000.00. That is what I was told by movie memoribilia person. The movie had Fred Astaire and Ginger Rogers and was called Follow the Fleet. It was a box office hit in 1936. The Window Card is an original 1936 (along with the art print). I just thought it was fascinating, they were recycling even back then.
Michelle