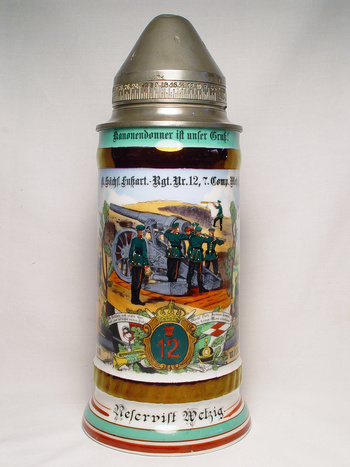 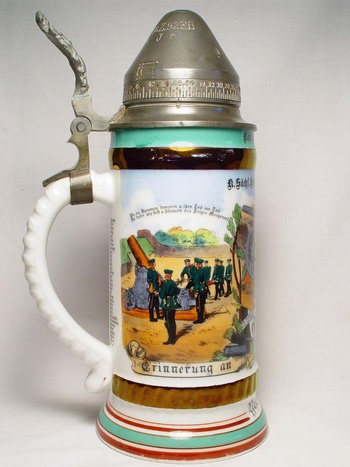 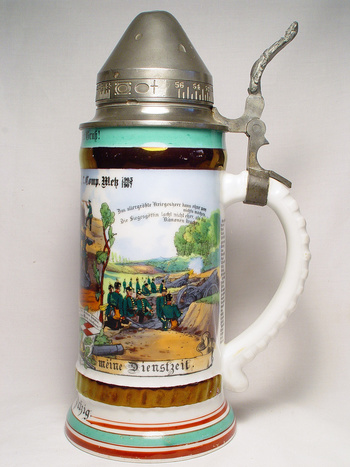 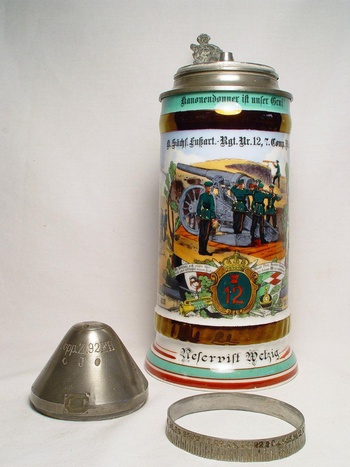 near mint Saxon regimental stein, that stands at nearly 10 inches tall. The stein is uniquely shaped like a German artillery shell. Steins to the Kingdom of Saxony are somewhat uncommon and don't come up for sale very often. Regimental steins from this Kingdom are more collectable then similar regimental steins of other German areas. Obergefreiter, or Corporal, Wetzig served in the King's Saxon Foot Artillery Regt. Number 12, 7th Company garrisoned in Metz from 1905-07. Metz is now located in France at the confluence of the Moselle an Seille rivers. At the time of reservist Wetzig's service it was a part of Germany guarding the western frontier with France. The conical shell shaped lid screws off and is removable along with the fuse ring. The thumblift is of St. Barbara, the patron saint of the artilleryman. The left hand scene shows a group of reservists practicing with a large calibre mortar. The center scene shows the 7th company loading a very large field piece with a spotter range finding. The right scene shows artillerymen firing large field pieces. The roster is bright and very legible with no fading. The lithophane is a detailed picture of a reservist saying goodbye to his lady love. 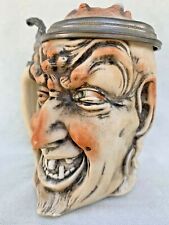 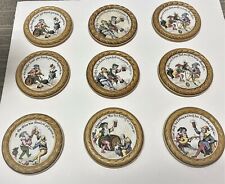