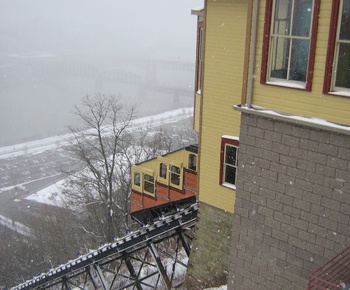 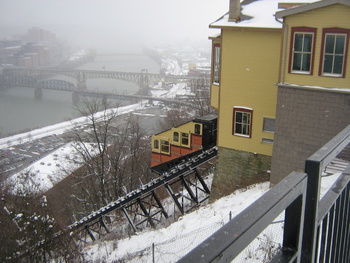 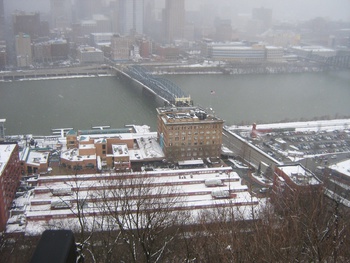 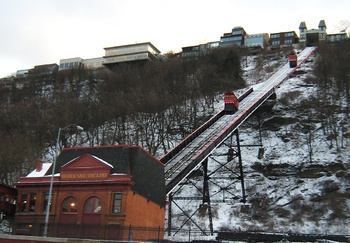 We were down in Pittsburgh this afternoon to attend a concert and to take a ride on the city's other operational incline, the Monongehela.

The weather today limited visibility, and at about a five below zero wind chill it was just as well. The incline was apparently having mechanical difficulties and was not running passengers when we were there. They would lower a car a bit then bring it back in. The cars are unheated, and we did not wait around to be snagged as potential guinea pigs once they got their issue fixed so we went to Heinz Hall instead.

Picture three shows Station Square from above, with the former Pittsburgh and Lake Erie RR station at center.

After the concert we parked on the low side of the Allegheny Incline and did some train watching. Picture four is from the lower station up.

Definitely no rainbow this time.