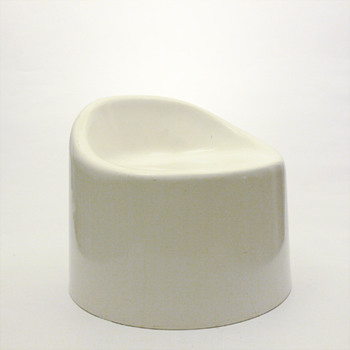 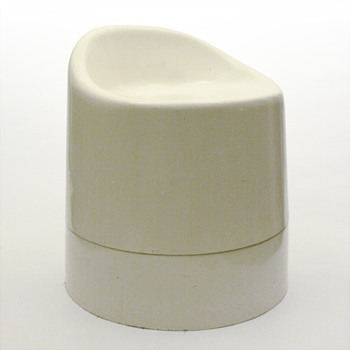 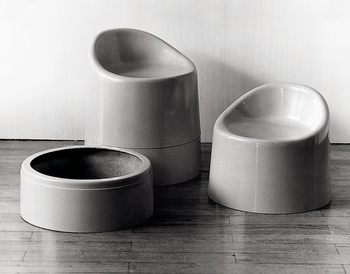 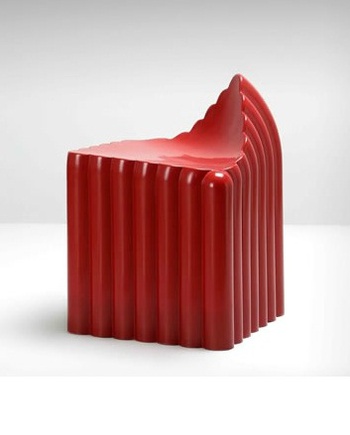 Jordi Galí was only 22 when he designed this stool for kids and won the Delta de Oro award in 1966.

It is made in glass fiber and it consists of two parts: the stool itself and a ring that makes it grow at the same time the kid grows. Seen from today and un derstanding what the Spanish design was at the time it is quite a revolutionary design.

I was very lucky to buy it. I didn't search for it but run into it one day. I loved the design at fierst sight but the Delta de oro sticker was the main reasson i got it (for some time I thought I should collect all the Delta wining designs... then i decided i was collecting in enough fields as to start doing it in another one :) ).

Galí is a Catalan interior designer who's been working as such since 1965 (at age 21 - when he joined the family design business). One year later he won one of the Delta de Oro awards to best design of the year. The very same year he designed another popular stool: "Freedom" (the red one on pic No.4).

Since 1972 he works as interior designer at his own company in Barcelona, working mostly for restaurants, shops and offices.