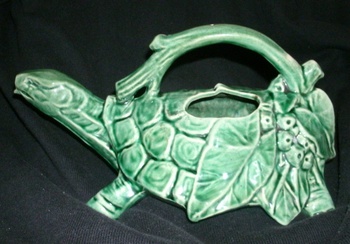 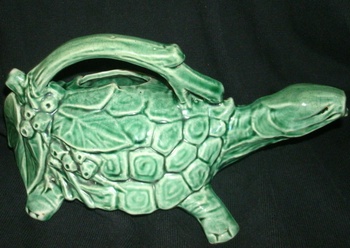 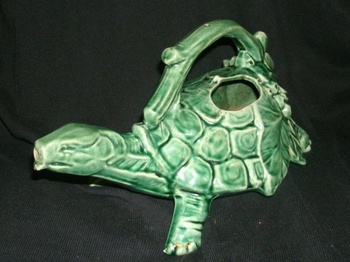 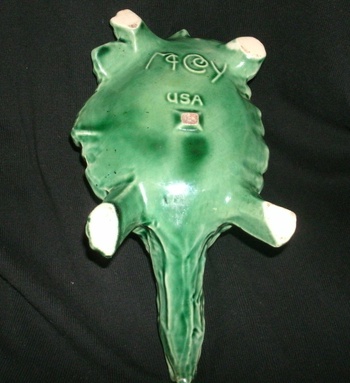 In April of 1910 The Nelson McCoy Sanitary Stoneware Company, located in Roseville, Ohio, was formed by Nelson McCoy and his father J. W. McCoy. They began to manufacture and sell functional and decorative stoneware. They also mined, bought and sold clay. This part of their business provided clay to many of the area potteries for several years.
In May of that year they contracted for the construction of a building and purchased the equipment necessary to produce the products in large quantity. They selected the Roseville area because of the availability of clay and the land that the city donated free of cost.

By 1925, after 15 years the McCoy family divested itself of interest in other pottery companies mentioned above and began to expand the Nelson McCoy Sanitary Stoneware Company.

This expansion was to be both in products manufactured and larger facilities and more modern equipment. A new kiln was to be installed. This kiln was a tunnel kiln over 300 feet long and was the first of its kind in the area. This increased their production capabilities considerably and allowed them to produce not only the functional stoneware products but they were able to expand into the specialty art pottery products for the more affluent population. Such items as the Jardinieres and their Pedestals. The Umbrella Stands, Vases and other decorative products began to command more of their efforts. The functional became more decorative and the artistic requirements of the potteries increased. The Nelson McCoy staff included Designers and Artisans and began a new era for the Company as well as the industry.

During the late 20's and into the 30's the Pottery produced products that were fired with blended glazes and the designs were predominately dominated by, leaf and berry motifs. These glazes were earthy tones of brown and green. Many glazes were limited to the green and were more common and less expensive. They made these in mass throughout the 30's, reproducing the same successful designs which were functional which had an appeal to the public because they were inexpensive, attractive and every day usage pieces.

The Depression was tough on the Potteries of the area and in order to survive they formed a co-op called American Clay Products Company which had one marketing or merchandising program. Each pottery produced its wares and they were included in one marketing and sales program which was offered to the buyers through the same salesmen. This may account for the close similarities of the products offered and the designs. Items of this era are hard to distinguish as to the manufacturer except to the knowledgeable collector who can recognize who made what. A few of the pottery manufactures who banded together and formed this association where:

This cooperative effort eventually lead to the demise of the Association and of course the desire to sell more product then the competitor ended the joint marketing efforts shortly after it began.

In 1990 the McCoy Pottery ceased operation after a number of declining years of sales and profit. While it is sad that a Century of existence ended for the company, it lives on through the many collectors and individuals that appreciate the art form known as "Art Pottery".