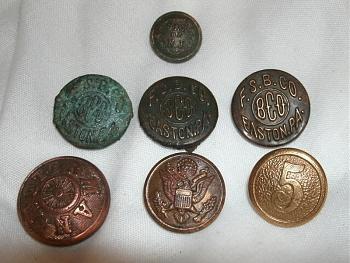 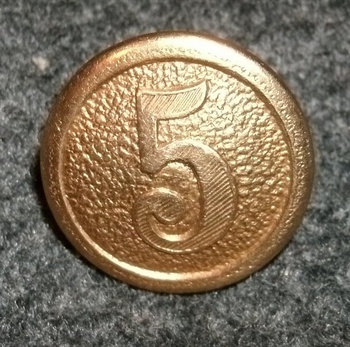 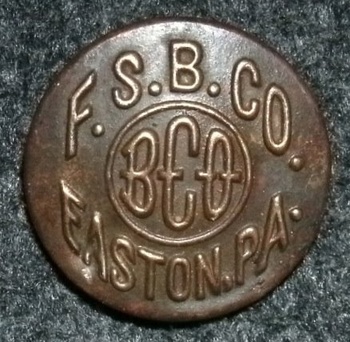 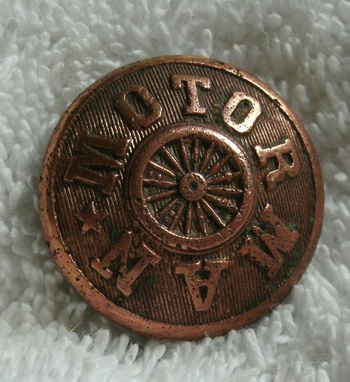 Motorman Button: A motorman is the person who operates an electrified trolley car, tram, light rail, or rapid transit train.
The term refers to the person who is in charge of the motor (of the electric car) in the same sense as a railroad engineer is in charge of the engine. The term was (and, where still used, is) gender-neutral. Though motormen have historically been male, females in the position (such as in the U.S. during the World Wars) were usually also called motormen as a job title.

Great Seal Military Button: The Great Seal button was first used in 1902 and used through till the end of the Second World War ('45 or '46) This one is a Scovill from Waterbury, Connecticut. 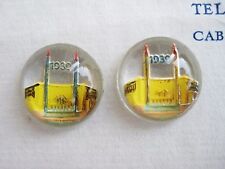 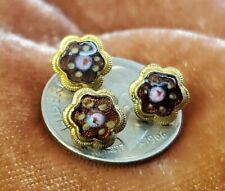