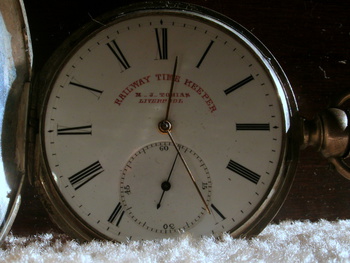 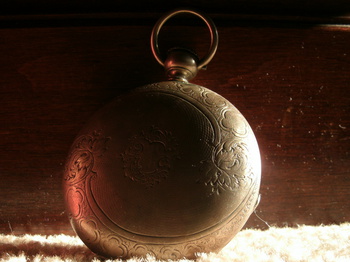 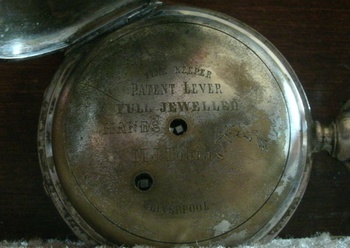 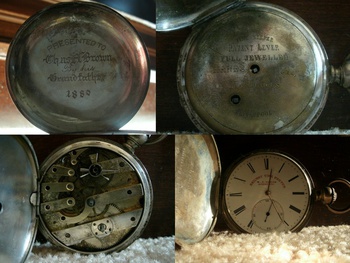 This is a "Railroad Time Keeper" pocket watch from M.J.Tobias Liverpool England. I picked up awhile back. The most interesting aspect about to me, it the inscription on the inside of the dust cover. " Presented to Chas H Brown by his Grandfather 1880"

In the 19th century, the Swiss were not the pre-eminent watchmakers they later became. They made many imitation American watches, and they made many watches that claimed the provenance of famous British watchmakers. One such watchmaker was M.I. Tobias. There probably are 20 M.J. Tobias watches (or more) for every genuine M.I. Tobias. Some may have been retailed by Tobias' successors. Others likely were 19 Century equivalents of fake Rolexes, etcs.