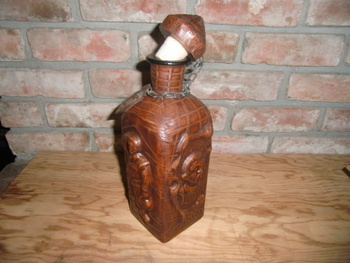 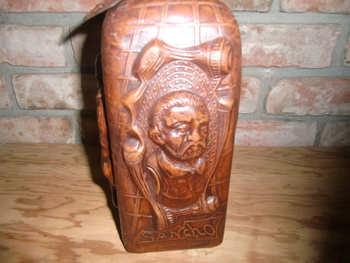 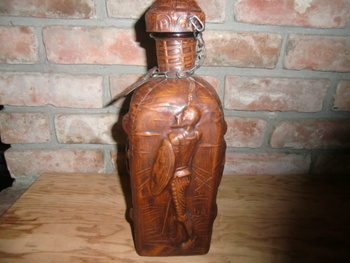 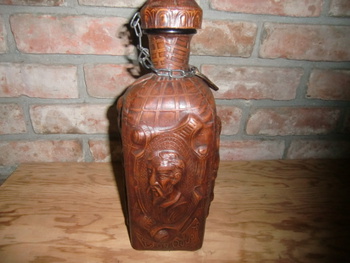 Stands 13" inches with cork top, 11" tall without. The tag attached to the chain says Vino on one side and Espana on the other. Four sided each being 4" wide with one raised image of men on each side.One has man's face and says Sancho underneath.Opposite side shows man's face and says Don Quijote underneath. Other side shows what looks to be a bull fighter holding a spear and shield.Opposite is a picture of a man standing rubbing his head as if he's tired or drunk. The bottom says Genuine Leather Made In Spain in a circle with the word JEYPE in the middle.Don't know the age. Is this just a run of the mill bottle from Spain? Some one has a 3 sided leather bound bottle posted and needs help with more info. prompted me to post.
Thanks for looking. 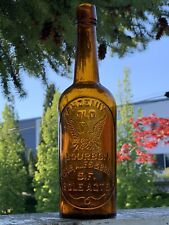 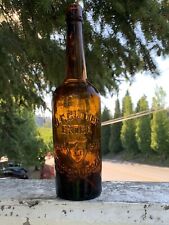 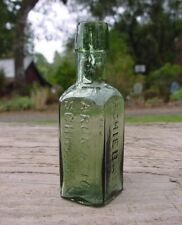