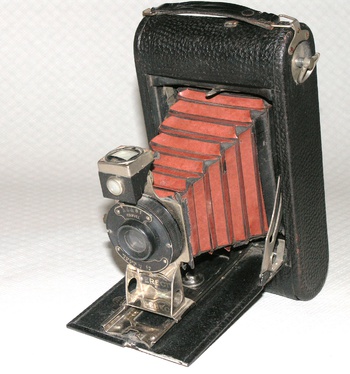 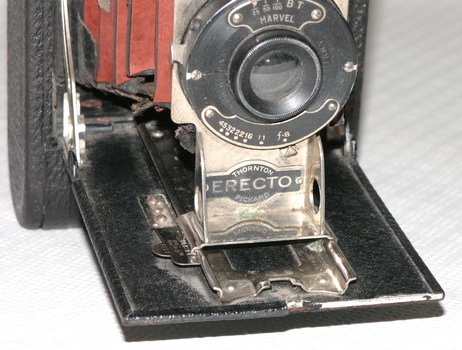 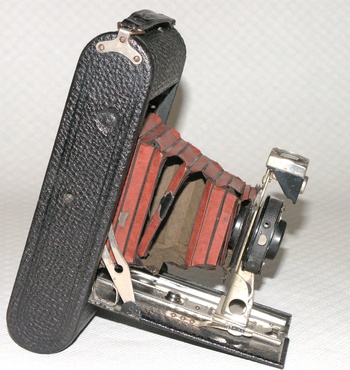 Badged as a product of Thornton-Pickard in Britain, but identical to the Burke and James "Ingento" from America. A vertically folding, wooden-bodied camera, with sliding focus, a simple "Marvel" everset shutter by Ilex Optical Co., Rochester, N.Y., and no movements, it is in no way a high-spec camera, though it is covered in real leather. It has been badly abused and is not really in collectable condition, but I have never seen and never expect to see another one. Apparently available from Thornton-Pickard for only the one year, 1917, it seems to be a bought-in and re-badged Burke and James "Ingento", but, badged as a T-P product, it is very rare.