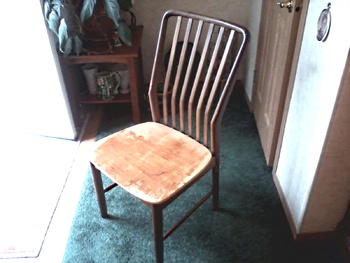 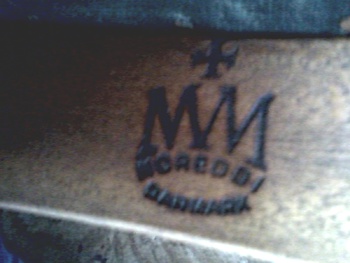 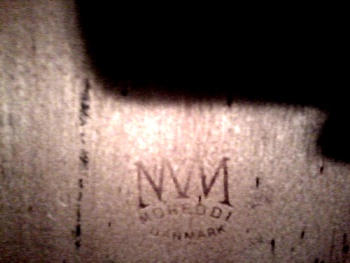 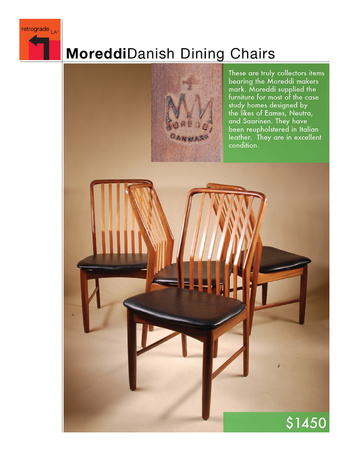 This is my diamond in the rough from SA this morning. A teak dining room side chair by Sven Madsen for Moreddi wholesale /import company. They were the first to introduce Danish modern furniture to the U.S. market.They also furnished the case study homes designed by Eames, Nuetra and Saarinen. It was sold though their retail store Frank Bros. in Long Beach California. I found just the one but I'll keep a lookout for another that's for sure ! It's a very study chair despite it's delicate look and light too. It had horrible yellow and green brocade on it which I removed along with several hundred needle sharp upholstery tacks. At least they kept the original wood seat before they covered it. I was hoping the original material was underneath,but no. The back slats float freely in the back and are very flexible. They come out rather easily. The seat originally was a lightly padded black vinyl but you could be high end and use Italian leather too. Some bad wear to the wood from hitting the table edge but that's to be expected. Looks like it was used a lot. -Mike-

This is a e-mail from a Frank family member about their grandfathers business. It's courtesy of the "Design Addict" forum : www.designaddict.com

I Know about Moreddi!
Hello!

I am Marni Frank. My Grandfather was Maury Frank who founded Moreddi with his Brother Ed Frank.

Moreddi was wholesale/import company that supplied furniture to their retail store, Frank Bros. Both companies were located in Long Beach Calif. Moreddi worked with a number of designers and manufacturers.

Morry Frank died in early 1960. Ed Frank just passed away in 2005. My family still has the beautiful stamps that were used to mark the furniture they imported from Scandinavia.

If you are interested in more information I would be happy to hook you up with my father. He is always happy to talk to people about Moreddi, and so pleased people are still enjoying Moreddi furniture.