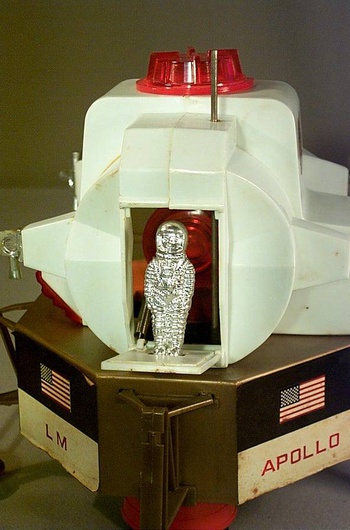 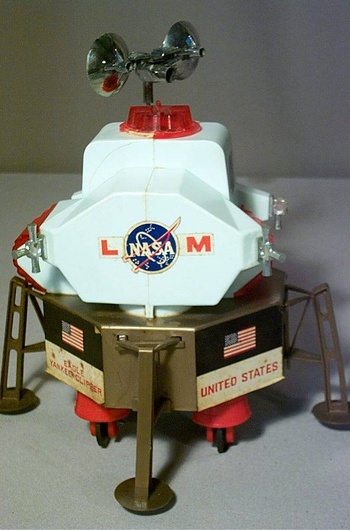 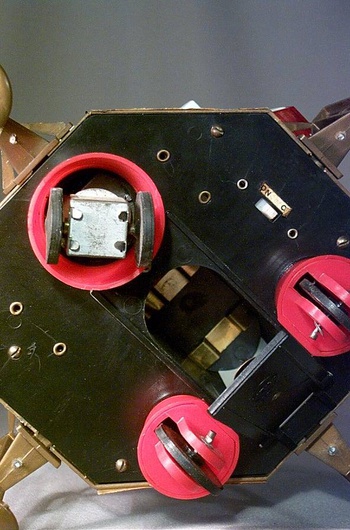 Astronaut leaving LEM Lunar Module Toy 70s Apollo Program Neil Armstrong taking "One small step for (it was supposed to be "A") man, One giant leap for mankind"

but Armstrong flubbed the line. think of it.. he had ALL THAT TIME to think of what he was going to say, and FLUBBED the damn thing.

I flubbed this astronaut, taking only one image of him, and not very hi res or macro even, so. thats my take on him.

Apparently actually a walking robot toy disguised as something that lands in one place and stays there, this one has wheels underneath and of course they are multidirectional so when it bumps the wall it starts back into the room, hopefully and motors around crazily. the lights would blink no doubt on the top and side, it might make noises, who knows?

but its pretty cool. 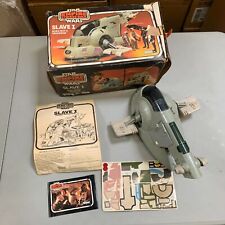