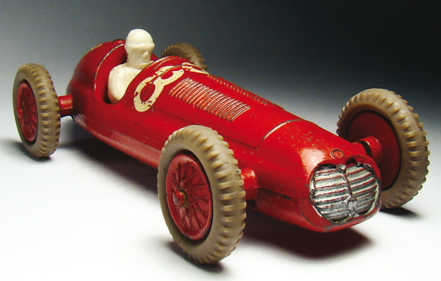 People are always telling us about their collections. Some even send us links to Web pages they’ve built. Naturally we encourage them to post their stuff on Show & Tell, but every once in a while a collection stops us in our tracks.

“Mint-condition cars don’t have the same kind of soul.”

That’s what happened when we heard from Michael Spengler, a German photographer who is hoping to publish a book devoted to his collection of diecast and metal toy racing cars. Spengler has almost 300 vintage racing car models in his collection. Many of them are in perfect condition, but the examples that caught our eye were the old beat-up ones, which contrasted beautifully with Spengler’s high-production-value photography.

Recently we traded emails with Spengler to learn more about some of the cars in his collection. Here’s what he had to say.

“In the 1926 Tootsietoys catalog, this car was announced with the following words: ‘Boys love speed. They are always ready for a race.’ The Tootsietoy Racer with the number 23 on the grille is probably the first diecast racing car ever. Sadly the little car wasn’t very impressive and could not compare to the great American racing cars of the ’20s, like the Millers or Duesenbergs.” 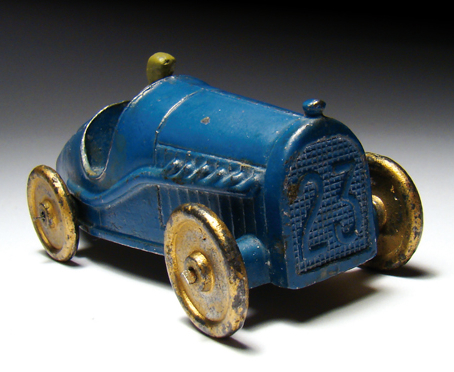 “I have three Mercedes Benz record cars. This one shows signs of metal fatigue because the alloy they used was not the best. It’s easy to tell if the paint is originality because the finish has yellowed with age.” 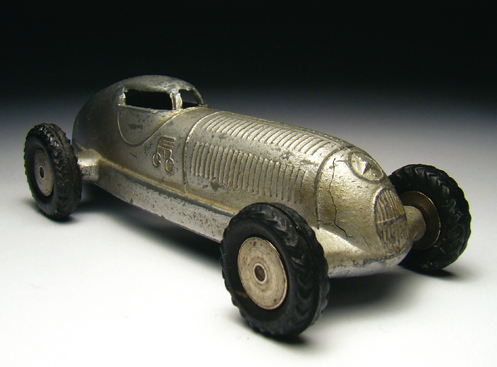 “It’s only been in the last two years that I discovered the great models of Scamold on eBay. The cars are in 1:35 scale so they are big and detailed, with a suspension on every wheel. Some have brass hubs and exhaust. I have three Altas. This one is very damaged but beautiful in its own way.” 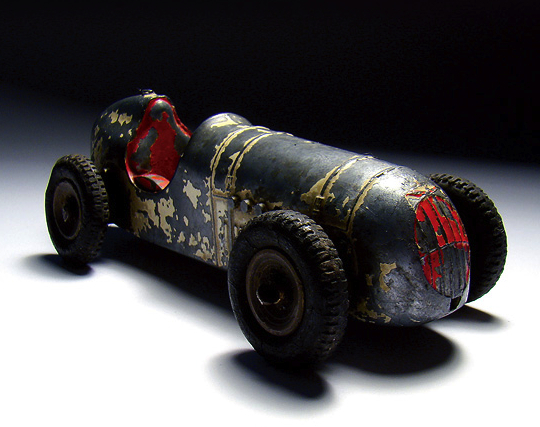 “In a 1939 catalog of Dinky France, this car was sold as the ‘Hotchkiss De Course’, catalog number 23B. After the war, the car was sold as ‘Auto De Course’, which means ‘race car’. My red example is probably a postwar version. The real car wasn’t a Hotchkiss and it wasn’t even a racing car. It was basically a Renault Nervasport.” 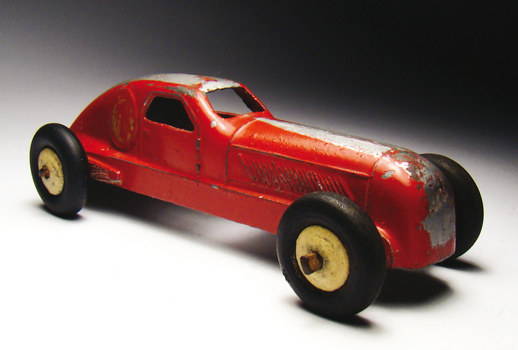 “In Germany, we had a word for this kind of toy racing car, Kneterenner, which means ‘putty racer’. You’d fill your racing car with putty for weight and then push it down the sidewalk. The car that went the farthest won. Mercury sold a catapult for these kinds of races in a set with one or two racing cars. Can you imagine how the cars looked after those races? They were not mint anymore, that’s for sure!” 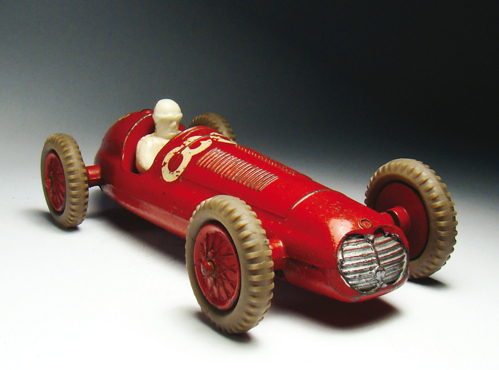 “This English Talbot-Lago is nice because of the wear on the tires and body, but it’s also interesting because of the history of the real car. Louis Chiron, who was a successful driver in the late 20s and early 30s, won the French Grand Prix in 1947 and 1949 behind the wheel of a Talbot-Lago. He also drove one in Monaco in 1951, just a few years before he retired. After that, he waved the checkered flag in Monaco for many years. This is an example of how these toy cars can remind us of races and racing’s characters.” 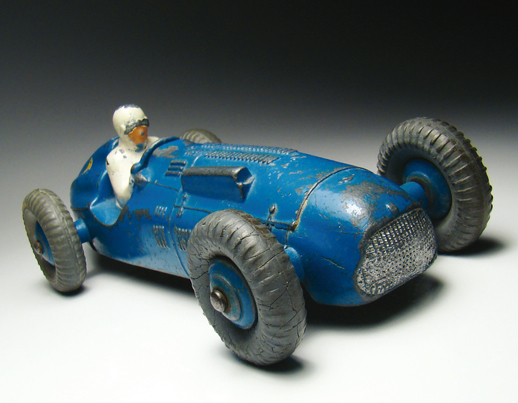 “The Mercedes-Formelrennwagen is not difficult to find. You can acquire them new-in-the-box, with or without racing numbers. When I bought this car I could see it had a lot of wear, but when I looked at it through the lenses of my camera I was impressed with its beauty. When I buy a car with wear, I am sure it is an original car. When I see a car that looks like new, there is always a doubt in my mind. Mint-condition cars don’t have the same kind of soul.” 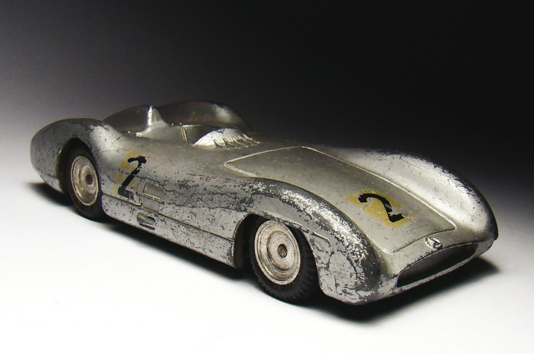 “The Lotus Mark 11 Le Mans is one of my very favorite model cars. I’m sure this one was forgotten for a long, long time somewhere in a garage or in a basement. The base plate is very rusty and the car is still full of dust, but I love it. It’s a good example of the Japanese approach to aesthetics called wabi-sabi.” 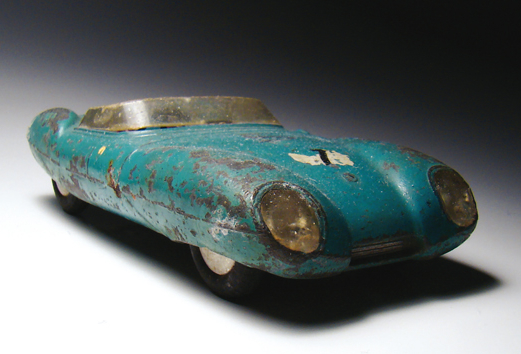