Below is a detail photo of a 1963 Fender Jaguar electric guitar, in Seafoam Green, which is up for auction on eBay through Monday, November 8, 2010. Though never as popular as the Fender Stratocaster, the Jaguar gained a cult following in the 1990s when Kurt Cobain of Nirvana and John Frusciante of the Red Hot Chili Peppers embraced the instrument. 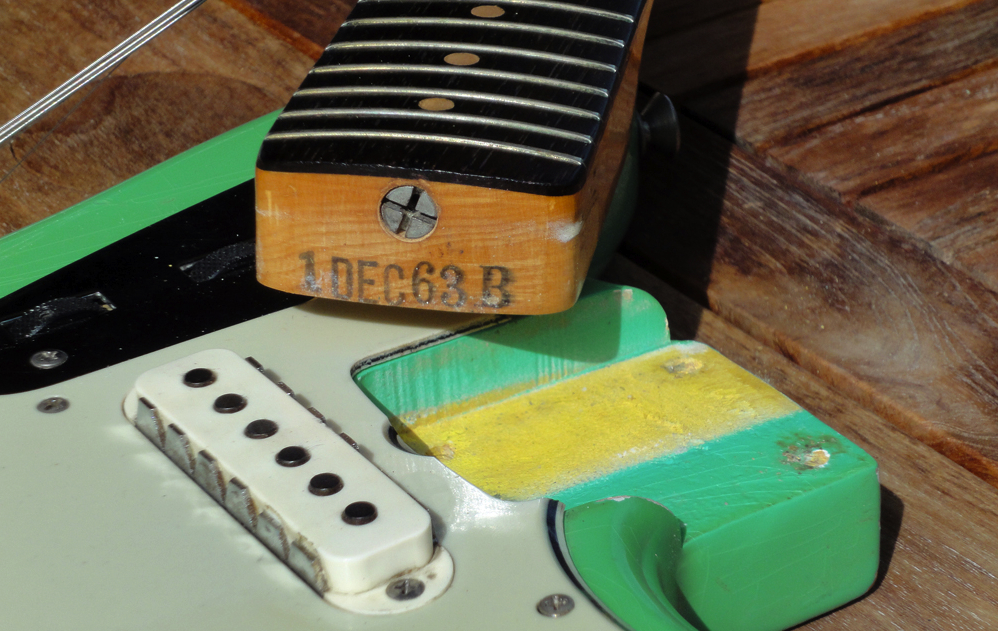 This photo is just one of more than 20 on eBay, revealing every scratch and ding, as well as the beauty of the guitar’s lines and the state of its wiring. Here, for example, we see the neck stamp, which is one of several ways collectors can identify a Fender guitar. The “1” is the guitar’s model number—at the time, 1 stood for Jaguar, 2 for Strat, 3 for Telecaster, etc. “DEC63” is the month and year the guitar was assembled while “B” denotes the neck’s width (1 5/8 inches, according to George Gruhn). With comprehensive information like this, no wonder this guitar has more than 40 bids and almost 250 people watching this auction… so far.