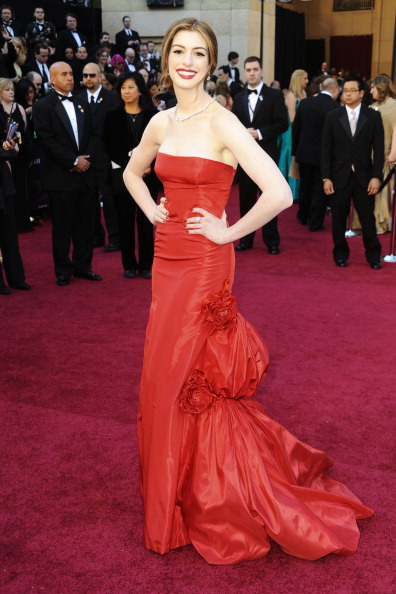 Much to-do has been made about the ruby red “vintage” Valentino gown worn by Oscars host Anne Hathaway when she stepped onto the red carpet. That dress, however, is actually only nine years old, from Valentino’s 2002 collection. 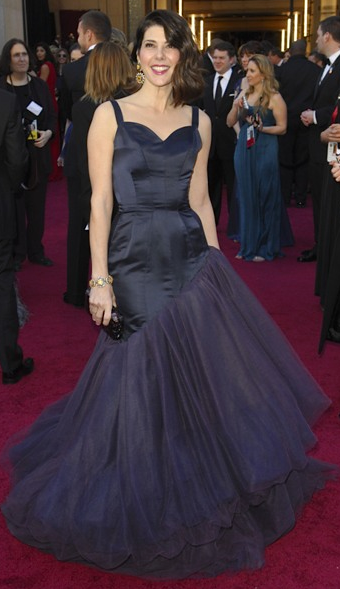 Marisa Tomei, best supporting actress winner in 1993, rocked a true vintage dress, this 1950s midnight blue mermaid-cut Charles James gown, part of legendary vintage fashionista Rita Watnick’s collection at Lily et Cie. I say she looks fabulous, bringing much-needed old Hollywood glamour to the red carpet, but fashion bloggers are split, some tsking that she didn’t pull it off. What do you think? 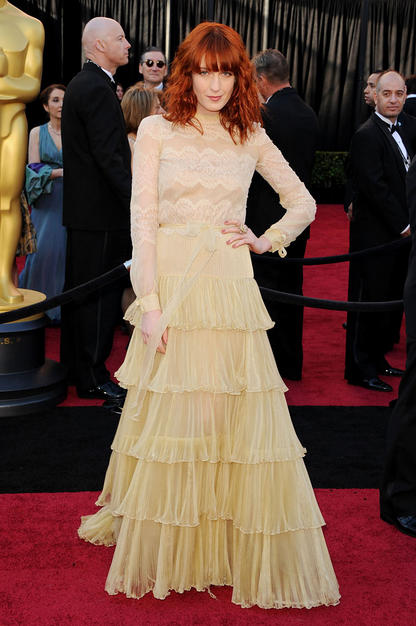 Florence Welch, front woman for the band Florence and the Machine, went for an antique Victorian look—atypical of the red carpet—with her Valentino gown. We have no confirmation yet whether this is a true vintage piece or not. 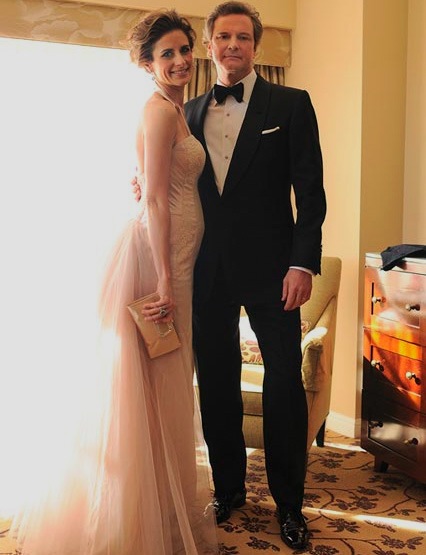 Livia Firth, the creative director of Eco Age and wife of dreamy British actor Colin Firth, actually wore 11 vintage gowns at once, in Gary Harvey’s “upcycled” creation for her. This sustainable, eco-friendly dress paid tribute the 1930s fashion of her hubby’s film.

Oh yeah, then they gave out some sort of awards? “The King’s Speech,” starring Firth and Helena Bonham Carter, came out on top, landing Oscars for best picture, best actor, best director, and best screenplay. The historical film recounts the story of the second son of King George V, struggling with a speech impediment. Suddenly, in 1936, the British throne was thrust upon him, when his popular older brother, King Edward VIII, abdicated the throne for an American divorcée, Mrs. Wallis Simpson.

Want to see some stunning vintage diamond jewelry? Check out the real tokens of love, including the Cartier cat menagerie, Wallis and Edward gave each other. Then tell us who you think was the best dressed at this year’s Oscars.

DressesFashionistas go wild for a good vintage dress, and it's easy to see why. As…

GownsNightgowns notwithstanding, the gown is the most formal and elegant form of…