Now that baseball season is over, it’s time for some folks to turn their attention to football. 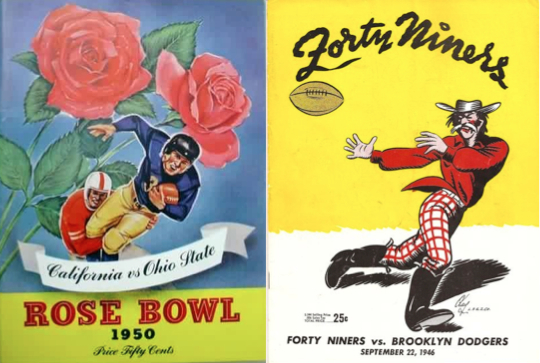 Truth told, I’m not a huge fan of the sport, but I do like these vintage football programs posted on Show & Tell by Shadrack_Jones. The one on the left documents a meeting of the Cal Bears and Ohio Buckeyes on January 2, 1950 (Ohio won, 17-14). The program on the right from 1946 is especially cool (love the pants!). Before the San Francisco 49ers were part of the NFL, they played in the All-American Football Conference at Kezar Stadium in Golden Gate Park. The short-lived Brooklyn Dodgers football team, like their baseball namesake, played at Ebbets Field.