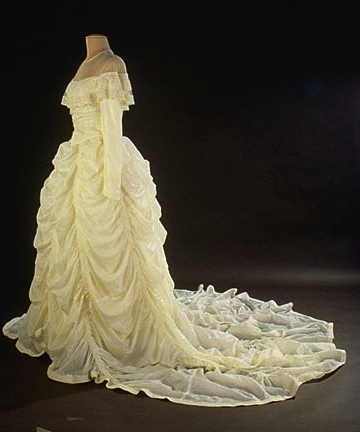 Apparently there’s a small wedding in England this week. While we’re sure that Kate Middleton’s wedding dress will be a fashion tour de force, we’re also sure that it can’t possibly be as romantic as this one, which is from the collection of the Smithsonian. Here’s their description:

“This wedding dress was made from a nylon parachute that saved the groom’s life during World War II. Maj. Claude Hensinger, a B-29 pilot, and his crew, were returning from a bombing raid over Yowata, Japan, in August 1944 when their engine caught fire. The crew was forced to bail out. It was night and Major Hensinger landed on some rocks and suffered some minor injuries. During the night he used the parachute both as a pillow and a blanket. In the morning the crew was able to reassemble and were taken in by some friendly Chinese. He kept the parachute and used it as a way to propose to Ruth in 1947. He presented it to her and suggested she make a gown out of it for their wedding. 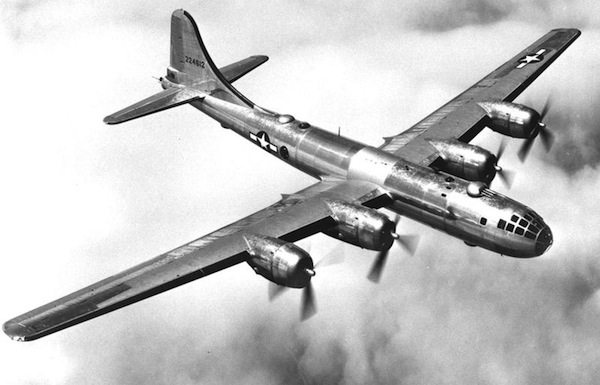 “She wondered how she was going to make ‘this voluminuous item’ into a dress. Seeing a dress in a store window that was based on one that appeared in the movie Gone with the Wind, she patterned her dress after that. She hired a local seamstress, Hilda Buck, to make the bodice and veil. She made the skirt herself; she pulled up the strings on the parachute so that the dress would be shorter in the front and have a train in the back. The couple were married in the Neffs Lutheran Church in Neffs, Pennslyvania, July 19, 1947. Their daughter and their son’s bride also wore the dress for their weddings.”

Tokens for Sweethearts, in Times of War 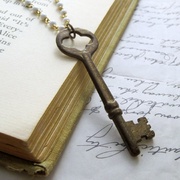 Wedding DressesUnlike a good cocktail dress, which is designed to be a workhorse in a woma…