How My Pal Pete Got On Antiques Roadshow 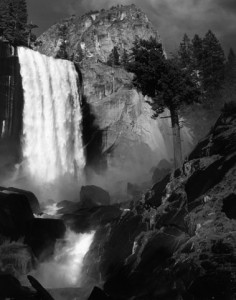 About a month or two ago, at a meeting of The Rock Poster Society, an all-volunteer San Francisco Bay Area-based non-profit devoted to rock-poster art, I met a really nice guy named Pete and his equally charming wife, Pam. I was the new member at that meeting, so I was paying especially close attention in order to get up to speed on the club’s business, but my ears really perked up when Pam casually mentioned that everyone should be sure to watch “Antiques Roadshow” on May 24 because that’s when Pete’s segment was slated to air.

Pete and Pam, it turned out, had been to a “Roadshow” taping in San Jose, and he had brought along something that was good enough to air. After the meeting, I introduced myself and asked Pete if he’d be willing to speak to Collectors Weekly about his “Roadshow” experience. He readily agreed.

Like everyone else who gets into a summer “Roadshow” taping, Pete and Pam had applied for free tickets the previous spring. Also like everyone else, they didn’t find out that they were going to the show until their tickets arrived in the mail about a month before the event.

A retired foreman for a landscape crew with the city of San Jose, Pete wasn’t sure what he was going to bring for appraisal until about a week before the taping.

“I was going to take some Fillmore and Winterland posters,” he says, “but a TRPS member was actually on the show some years ago, and her stuff beats my stuff hands down. So I thought, ‘What do I have that really means a lot to me?’ That’s when I remembered my Ansel Adams prints.” 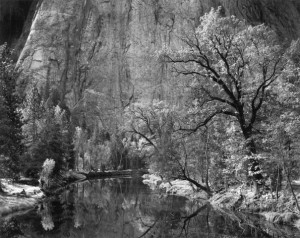 The story of Pete’s Ansel Adams photographs is one of those classic head shakers. He was in the right place at the right time, and he knew what he was looking at. The year was 1971. “I was 18 and had graduated from high school early. I had a job up in Yosemite National Park, but I came home one weekend to stock up on music at Tower Records. While I was home, I went to the AC Flea Market in Castro Valley, which was within walking distance of my parents’ house.

“There was this one seller who had had a black-and-white photo on top of his table of stuff. I asked him who took the photo. I knew, but it was funny because he started acting like he didn’t know what it was. I think he even claimed that his brother-in-law or uncle had taken it.

“I took photography in high school, so we had learned all about Ansel Adams. He was an icon. And when I was working in Yosemite, I would go into the studio he and his wife had there and see his stuff. At the time, his prints sold for about $100 apiece. I couldn’t afford that, but I knew that the print at the flea market, which was a bit scuffed up, was worth $100 brand new.

“At one point the guy pulled out two more, so now there were three. When I asked him what he was asking, he named his price: $1.65, which just seemed like such an off-the-wall number to me. Each one was mounted on board with Ansel Adams’s signature on the front. On the back was the Ansel Adams stamp with his address in Carmel, the negative number, and the title of the print. They were definitely real.

“Like I said, I knew they were worth $100 apiece new, but the value didn’t occur to me. I bought them for their aesthetic value, and because I just thought they were really cool. I stuck them in a portfolio that was filled with high school photos and sort of forgot about them.”

Daile Kaplan of Swann Auction Galleries was sitting behind the Prints table on the “Antiques Roadshow” set when Pete finally made it to the front of the line.

“I walked up and Daile looked up at me, looked me square in the eye. I started taking the prints out of the case, she asked me where I got them, and I told her my story as she examined them on both sides. Finally she asked if I’d like to talk to the producer.”

Enter Marsha Bemko, who Pete remembers as being “followed at all times by no less than three people with clipboards.” A hands-on producer, Bemko wanted to hear Pete’s story from his own mouth (“Wow, that’s a good story,” he recalls her saying), but she also wanted to know about his t-shirt. 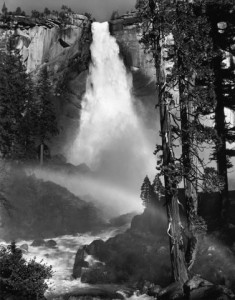 “I was wearing a t-shirt with a design by a poster artist named Emek. It had the TRPS logo on it. She said ‘I need to talk to you about your t-shirt.’ She was concerned that I might be trying to advertise a business. I wore it that day because, you know, who thought I’d get on? She said ‘We don’t do no free advertising around here.’ I assured her that TRPS was a non-profit. I was honest with her, so she let me wear it.”

After that it was off to the Green Room. “The host, Mark Walberg, kept walking through the Green Room. He was really gracious, said ‘hi’ a lot, talked to people. There was a lady sitting next to me who had an $80,000 print, although she didn’t know that at the time. They had laptops in there with live video feeds of the actual taping of the appraisals, so you could see how it was going. I was so freaking nervous. I wonder if that’s going to come through on screen.”

In fact, the Green Room was where the novelty of Pete’s “Antiques Roadshow” experience got very real. “It didn’t really hit me that the whole thing was happening until they started to put the makeup on me. I was probably kind of sweaty. I wanted to scratch my face cause it felt a little tacky. I was probably only in the Green Room for an hour or so, but it seemed like an eternity.”

Pete’s segment was eventually taped and even though he knew what he had, he was still very surprised by the valuation (to find out what it was, tune in on May 24). In the end, Pete’s glad he brought his Ansel Adams prints, but when I asked him if he had any words of wisdom for people who have received tickets to a “Roadshow” taping and are hoping to get their moment on TV, his advice was a bit more practical.

“Bring one of those folding stools to sit on,” he said. “Once you get to the inner circle it goes really fast, but there’s a lot of standing before that.”

An Inside Look at Antiques Roadshow: A Collectors Weekly Special Report

'Antiques Roadshow' Producer Shares What Goes On Behind the ScenesFound Photos: When Rock Lost Its Innocence