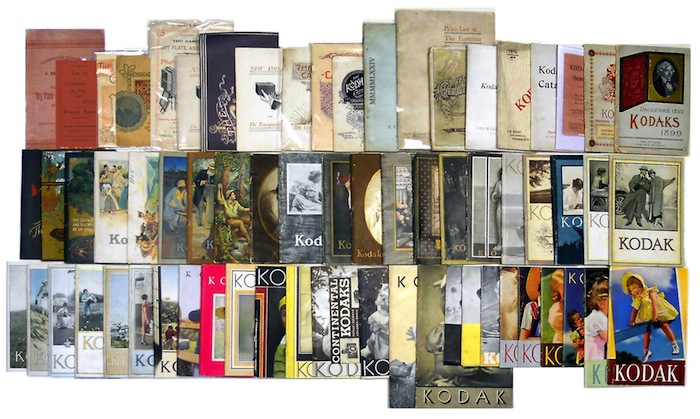 When we published our first interview with Rob Niederman back in 2008, he was focused, if you will, on historically significant and exceedingly rare pre-1900 wood cameras. Most camera collectors don’t usually start at such lofty heights. A more common obsession (for some it’s just a phase) is to collect Kodak cameras.

A problem for all camera collectors, 100 years downstream, has always been the lack of information about the things they’re trying to collect. In the case of Kodak, the sheer number of models and variations produced have made both collecting and researching difficult and time-consuming.

And so, for the past 18 months, Niederman and a colleague have had Kodak history and cameras in their sights. They’ve tracked down and scanned almost every significant Kodak catalog published from 1886 to 1941. The project started in earnest in early 2010, when Niederman and Milan Zahorcak began scanning 67 Kodak catalogs, primarily from the collection of Charlie Kamerman, whose Kodakcollector.com is a member of our Hall of Fame. Kamerman also helped obtain several other catalogs to fill in the gaps. In all, just over 3,900 pages were scanned generating more than 7,900 original and processed images. 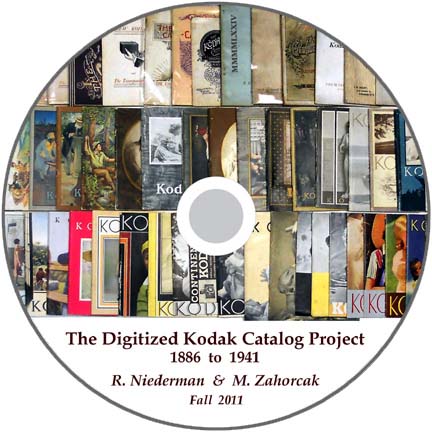 This month, the results of their efforts, The Digitized Kodak Catalog Project, was announced. Because of the scale of the project, downloading all 3,900 pages isn’t a viable option (the 1.5 GB of information they accumulated would take more than seven hours to download with a broadband connection), but it will be readily available as a DVD, nominally priced to cover materials and distribution.

Who stands to benefit from unfettered access to the complete set of Kodak catalogs? According to Niederman, everyone from “the specialist collector to those who simply want to learn more about Kodak cameras in general. We also hope this project serves as a source of easily accessible information for a new generation of collectors and educators who may have found vintage camera collecting a bit too mysterious.”

“One of the nice things about collecting Kodak,” continue Niederman and Zahorcak in their backgrounder on the project, “is that the product line is pretty well known. Because the company produced annual catalogs for many years, collectors can be reasonably sure of what they’re looking at, when it was made, the variations, and so on.” To ensure that the project is a powerful research tool for collectors and educators alike, it is fully searchable, designed with both access and ease-of-use in mind.

At this time, Niederman and Zahorcak are personally producing the DVDs, each of which contains high-resolution PDFs of each catalog. The DVD is available upon request, essentially for the cost of the disc and shipping. And the compensation for all their hard work? That’s their gift back to the camera-collecting community.

Kodak CamerasThe Eastman Kodak Company of Rochester, New York, was at the forefront of t…