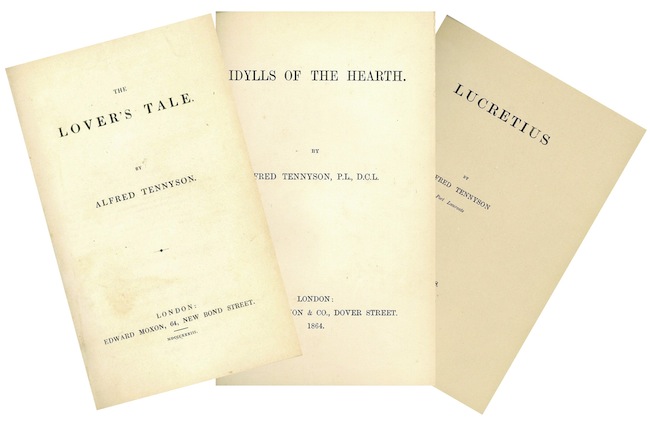 Collectors of autographed baseball cards are alert to the existence of forgeries, so they know to be on their guard. But how many book collectors stop to wonder whether their newest acquisition is forged?

One book forger who managed to fool some of history’s most celebrated book collectors was Thomas James Wise. A book collector himself, Wise knew that a forged book would become apparent when it was compared to the real deal—the complexities of paper, type, print, and binding make a convincing forgery of a printed book difficult and economically unviable. So, rather than faking copies of existing books, Wise ingeniously created spurious editions for which there were no comparables.

From roughly 1880 to 1900, Wise scoured literary journals for the first appearance in print of a poem, essay, or story by a collectible author. Then he would reproduce the work in pamphlet form, give it an even earlier imprint date, and voilà, a new and previously unrecorded first edition!

Wise also exploited changes in the book world. Toward the end of the 19th century, book collectors had begun to focus more on recently published works, so the fresh-off-the-press appearance of Wise’s pamphlets rang no alarm bells. In addition, the advent of mechanized printing earlier in the century had reduced the cost and increased the uniformity of printing, which made forging easier. But it was technology that would catch Wise out: In 1934, the British bibliographers Carter and Pollard took a forensic approach to “certain nineteenth century pamphlets” and exposed Wise’s forgeries.

Ironically, some of Wise’s forgeries are now more collectible than actual first editions by the same authors. A book auction on February 13, 2011, at Bonhams in San Francisco and Los Angeles will include around a dozen Thomas Wise forgeries, including those shown above.