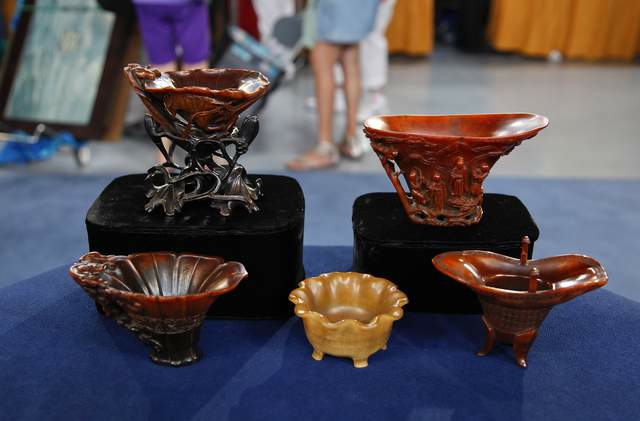 The Internet is abuzz with news that during a recent taping in Tulsa, Oklahoma, an appraiser for “Antiques Roadshow” was asked to place a value on five 17th- or 18th-century Chinese cups made out of rhinoceros horn. According to Tulsa’s NBC affiliate, KJRH, the cups were valued by Asian art expert Lark Mason at somewhere between $1 and $1.5 million, making them the most highly valued objects in the show’s history. The Tulsa episodes of “Antiques Roadshow” will air sometime in the first half of 2012.

While PBS’s Antiques Roadshow was celebrating this find, a quick check of the PBS “Nature” website sent a different message. There, a companion article to an episode about rhinos, which aired in 2008, begins, “All five of the world’s diverse species of rhinoceros have been brought to the edge of extinction because of human appetite for their distinctive horns.”

The carved horns brought to the Tulsa “Roadshow” taping are undeniably beautiful and can be safely described as museum pieces—in “The British Museum Book of Chinese Art,” a pair of horn cups are reproduced on page 183 and you can see another here. But at the risk of sounding preachy and politically correct, here’s hoping the “Roadshow” episode featuring the rhino-horn cups will at least include a mention of the cost associated with this rare and expensive example of beauty.

What do you think? Should “Antiques Roadshow” explain the role of decorative arts in the near-extinction of the rhinoceros, or are the two things separate?

Should You Feel Guilty About Wearing Vintage Fur?

Taxidermy Comes Alive! On the Web, the Silver Screen, and in Your Living RoomThe Grateful Dead's Great Big Carbon Footprint 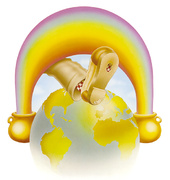