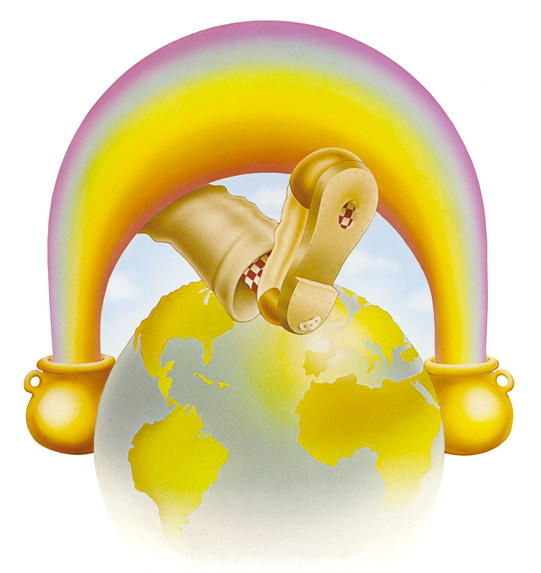 In the late 1960s and early 1970s, I loved the music of the Grateful Dead. I grew up in Marin County where most of the band members lived, attended the high school where the phrase 420 was coined (or so I’m told…), and spent some of the best nights of my life in front of the early incarnations of the band’s legendary Wall of Sound at Winterland. I guess you could say I was a fan, and to this day I still give the guys a listen.

But this year’s release of “Europe ’72: The Complete Recordings” sort of sickened me. For those who don’t know, the Dead’s spring tour of the continent is considered by many to have been their finest. The band’s vocalist, keyboardist, and harmonica player, Pigpen, was still alive, although the hard living he enjoyed on that tour hastened his death less than a year later. Jerry Garcia and Bob Weir had tons of new material to play, and on extended jams their guitars and Phil Lesh’s bass were beautifully in sync with the sparkling piano work of new bandmate Keith Godchaux.

This music was important, if rock ‘n’ roll can ever be described as such, so it was a natural for the surviving band members and their managers to bundle up the entire tour of 22 performances, some 70 hours of music, into a package that fans could purchase. So far, so good.

But why in this digital age was it necessary to create so much packaging? Instead of making the remastered files available via download, the powers that be decided it would be a better idea to burn 73 compact discs, publish a book, and stuff the whole thing into a replica of a steamer trunk, which was then shipped in even more paper (cardboard). A total of 7,200 numbered copies of this environmental nightmare sold out in less than a week at $450 a pop (bids at eBay routinely range from $600 to $900), prompting the band to release an unlimited set of the discs, but without the fake steamer trunk, gushy book, and other goodies. The price for this new unimproved steerage version of Europe ’72? Would you believe $450? At least the price didn’t go up. Oh wait, if you buy all the shows individually on CD, for between $25 and $30 each, it just did. 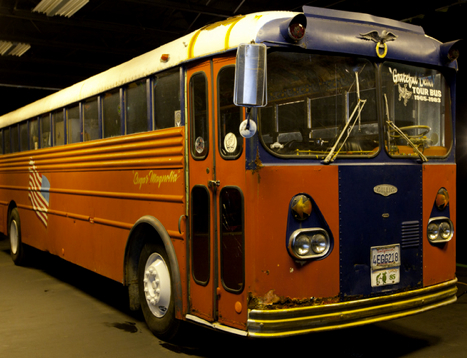 The “Tour Rat” bus is filled with posters and memorabilia, but the engine does not work.

Now I like “stuff” as much as the next guy, maybe more so. After all, I collect rock posters and postcards, which makes me a devotee of dead trees in some form or another. So yeah, I’m a hypocrite, but what would have been wrong with making those 22 shows available via digital download? At an average cost of $13 per show, which is what bands like Phish charge for “lossless” digital versions of its performances, downloads would not have grossed as much cash as all that paper and plastic, but there would have been a lot less garbage for the great-grandkids of all those Deadheads to toss into the landfill when years from now they are wondering what all the fuss was about. 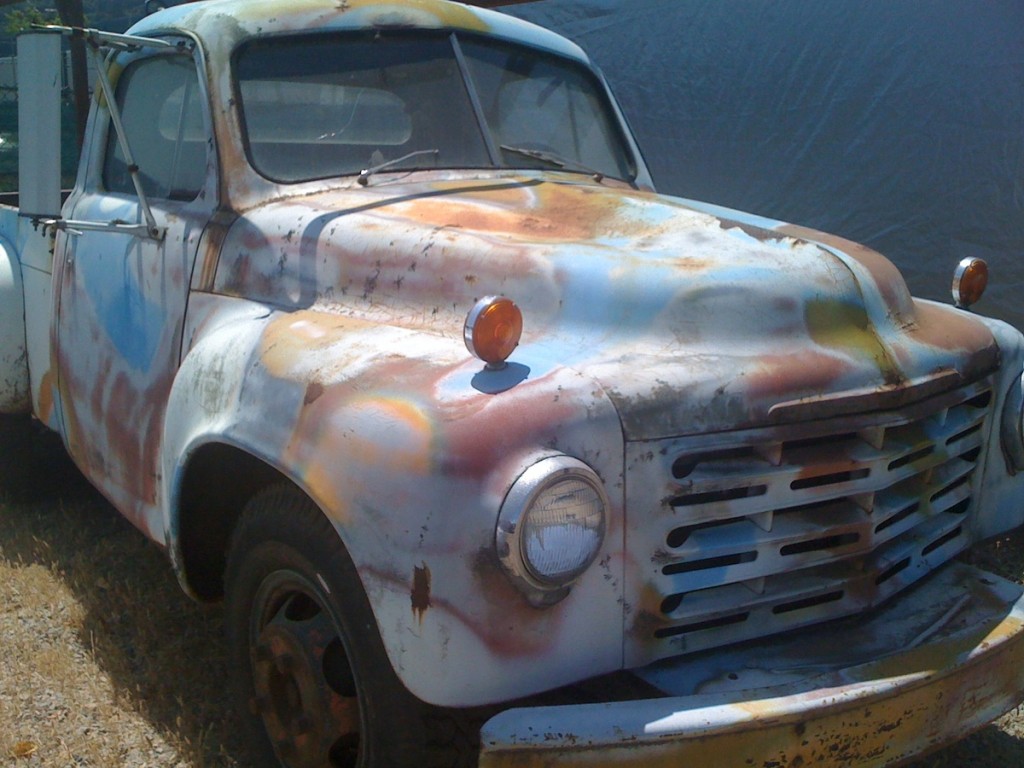 On the other hand, if the carbon footprint of a box of compact discs is not enough for you, you can always make an offer on the 1965 “Tour Rat” bus once owned by Butch Patrick (he played Eddie on a 1960s TV show called “The Munsters”), or drool over the late Owsley Stanley’s sound truck, which reportedly transported the band to at least one 1966 acid test in Los Angeles.