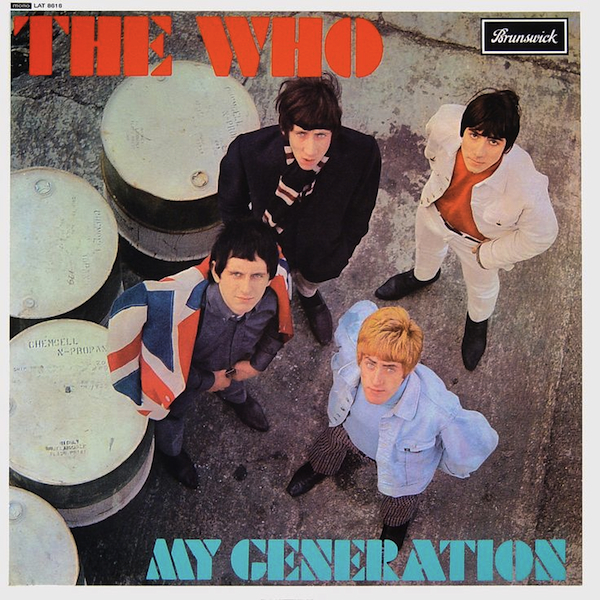 Is it just me, or has the incessant drumbeat of 50th anniversaries for this or that cultural milestone from the 1960s already grown tiresome? I started burning out on my generation’s fixation with itself a couple of years ago, when over-55s like me would find themselves boring younger co-workers with detailed recollections of where they were on November 22, 1963, the day President Kennedy was shot, or February 9, 1964, the night The Beatles first performed on “The Ed Sullivan Show.” The former would usually elicit an I-had-no-idea-he-was-that-old look, while the latter would generally prompt a half-mumbled “Who’s Ed Sullivan?”

Full disclosure: I’m as guilty of contributing to the drumbeat as anyone (see “Being The Beatles,” January 2, 2014), and probably more so, since I hope to sin again on December 4, 2015, which is the 50th anniversary of the first show by a band called the Warlocks after it changed its name to the Grateful Dead. Characteristically of my generation, I’m part of the problem.

In the hopes, then, of putting the biggest remaining Baby Boomer Golden Anniversaries of the 1960s behind us so we may better focus on what’s left of the 2010s, here’s a cheat sheet of 50 events you will be unable to escape hearing about during the rest of the decade. 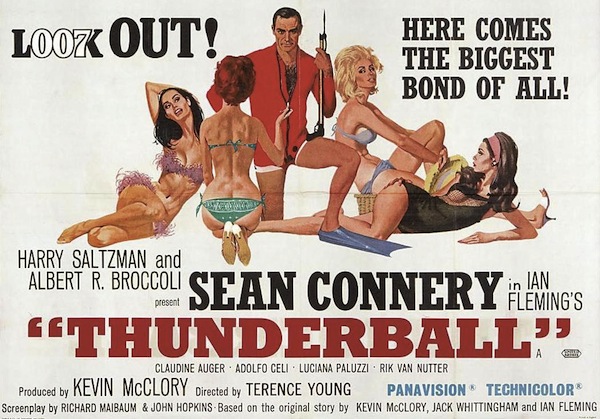 Top: The Who’s “My Generation,” recorded on October 13, 1965. Above: Released on December 9, “Thunderball” will become the highest-grossing James Bond film of the 1960s.

October 13: The Who duck into IBC Studios in London to record “My Generation,” which is released as a 45 in the U.K. on October 29 and in the U.S. on November 5. The song is probably best known for the lyric, “I hope I die before I get old.” At the time, the sentiment was viewed as a raw expression of teenage angst. “Promises, promises,” sing today’s Millennials.
October 15: David J. Miller, a member of the Catholic Worker Movement, burns his draft card in front of an Army induction center in Manhattan. He becomes the first person convicted for this act of civil disobedience under a law passed earlier in the year by Congress. Miller eventually serves 22 months in prison.
November 27: The first Acid Test is held at Merry Prankster Ken Babbs’ house on a former chicken ranch, known as the Spread, in Soquel, California. The Warlocks are there, as is poet Allen Ginsberg, Beat-era hero Neal Cassady, author Ken Kesey, and lots of transparent capsules filled with potent doses of still-legal LSD.
December 9: The fourth James Bond film, “Thunderball,” opens in Tokyo. It goes on to become the highest grossing 007 movie of the series, until its box office is eclipsed by “Live and Let Die” in 1973. 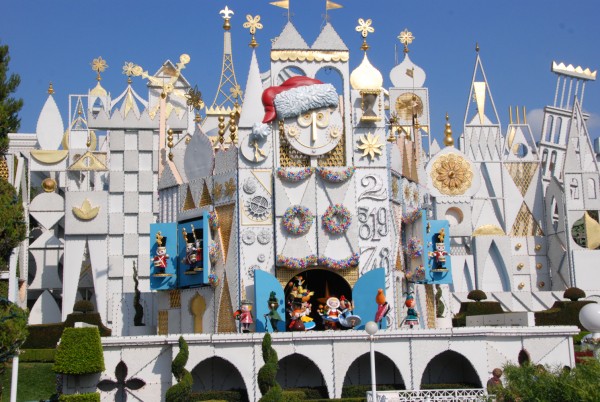 January 21-23: Conceived by future “Whole Earth Catalog” editor Stewart Brand, a multimedia Trips Festival is held over three days at Longshoremen’s Hall in San Francisco. Bill Graham produces the enormously successful psychedelic event, which is why just two weeks later Graham begins hosting similar shows at the Fillmore Auditorium.
March 17-April 11: César Chávez leads a “peregrinación,” or pilgrimage, from Delano, California, to the state capitol in Sacramento. The 340-mile trek is designed to call attention to the economic plight of farm workers and culminates with the announcement of a signed union contract for the workers with Schenley, a major Delano grape grower.
May 16: The Beach Boys release “Pet Sounds,” which will be cited as a major influence by everyone from The Beatles to Radiohead.
May 28: The sunniest dark ride ever, “It’s a Small World,” opens at Disneyland.
June 13: The Supreme Court rules 5-4 in Miranda v. The State of Arizona. The ruling makes it the law of the land to inform people accused of crimes of their constitutional right to remain silent before being questioned by authorities.
June 16: Stokely Carmichael of the Student Nonviolent Coordinating Committee (SNCC) uses the phrase “Black Power” in a speech after his arrest in Greenwood, Mississippi, during the March Against Fear. It is not the first use of the phrase, but it is the first time it is used so pointedly in a political context.
June 28-30: Betty Friedan and others attending the Third National Conference of Commissions on the Status of Women in Washington, D.C., form the National Organization of Women (NOW).
July 2: Tennis player Billie Jean King wins the first of her six Wimbledom Championships.
August 3: Lenny Bruce, comedian, social satirist, and author of How to Talk Dirty and Influence People dies of a morphine overdose in Los Angeles.
August 29: The Beatles perform their last concert anywhere at Candlestick Park in San Francisco. The 11-song set list includes “Day Tripper” and “Paperback Writer.”
October 15: Huey Newton and Bobby Seale establish the Black Panther Party for Self-Defense in Oakland, California.
November 20: “Cabaret” opens on Broadway. It will go on to win a Tony for Best Musical, as well as a Tony for Joel Grey, who will reprise his role as the demonic emcee in the 1972 film version, for which he will win an Oscar. 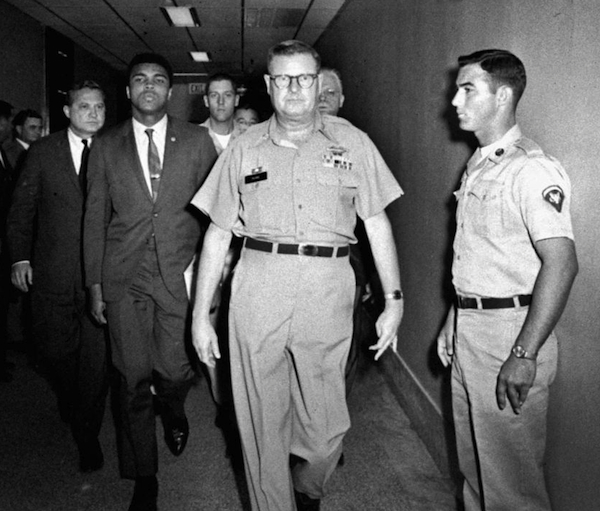 On April 28, 1967, boxer Muhammad Ali is arrested for refusing to be inducted into the U.S. Army.

January 24: Aretha Franklin records her first hit, “I Never Loved a Man (the Way I Love You),” at Muscle Shoals Sound Studios in Sheffield, Alabama.
January 27: During a launch simulation of Apollo 1, a cabin fire kills astronauts Virgil I. “Gus” Grissom, Edward H. White, and Roger Chaffee.
April 24: The Philadelphia 76ers beat the San Francisco Warriors in the NBA Finals to win the only championship by a team other than the Boston Celtics during the 1960s.
April 28: Boxer Muhammad Ali is arrested for refusing induction into the U.S. Army. Various boxing commissions ban him from the sport, and in a trial on June 20, Ali is convicted of evading the draft. Ali remains free, though, as his case winds its way to the Supreme Court, which overturns his conviction on June 28, 1971.
June 1: The Beatles release “Sgt Pepper’s Lonely Hearts Club Band,” proving that the band’s decision not to tour anymore had been a good one.
June-August: The Haight-Ashbury neighborhood of San Francisco is overrun by 100,000 wannabe hippies, who have come to experience the “Summer of Love.”
October 2: Thurgood Marshall becomes the first African American to sit on the Supreme Court.
November 9: The first issue of “Rolling Stone” magazine is published. The cover features a photo of John Lennon from the movie “How I Won The War,” which is directed by Richard Lester of “A Hard Day’s Night” and “Help!” fame. 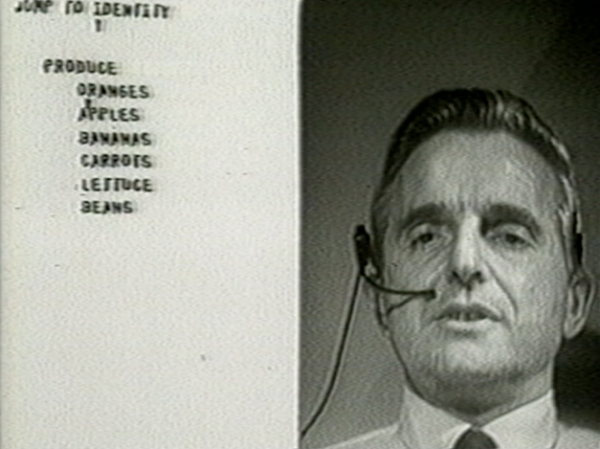 On December 9, 1968, computer scientist Doug Engelbart gave a demonstration showing how we would one day use the Internet.

February 27: CBS News anchorman Walter Cronkite, considered the “most trusted man in America,” closes his nightly news show with this sober assessment of the war in Vietnam: “For it seems now more certain than ever that the bloody experience of Vietnam is to end in a stalemate.”
February 29: The Kerner Report, which is the document produced by the National Advisory Commission on Civil Disorders in the wake of urban rioting dating to 1964, concludes that “White racism is essentially responsible for the explosive mixture which has been accumulating in our cities since the end of World War II.”
March 16: As many as 500 villagers in the Vietnam hamlets of My Lai and My Khe are slaughtered by U.S. Army soldiers. The world will not find out about the massacre until September 5, 1969, when charges are brought against platoon leader, Lieutenant William Calley, who will serve just three-and-a-half years of a life sentence, all of it under house arrest.
April 2: The highest-grossing film of 1968, “2001: A Space Odyssey,” directed by Stanley Kubrick with a script by Kubrick and science-fiction author Arthur C. Clarke, is released.
April 4: Rev. Dr. Martin Luther King, Jr., is assassinated in Memphis, Tennessee.
April 11: President Johnson signs the Fair Housing Act.
April 28: Artists Larry Van Over and Gary Eagle arrange to have a piano dropped from a helicopter on a small farm outside of Seattle, just to hear what it sounds like. Country Joe and the Fish perform at the event, paving the way for subsequent art happenings/rock concerts out in the middle of nowhere, culminating in 1969’s Woodstock.
June 5: Senator Robert F. Kennedy is shot by an assassin in Los Angeles and dies the following day.
August 25-29: The whole world watches the riots outside the Democratic National Convention in Chicago, where demonstrators, gathered to protest the war in Vietnam and make mischief, are beat up on live television by the city’s finest.
October 16: At the Summer Olympics in Mexico City, American sprinters Tommie Smith (gold medal) and John Carlos (bronze) raise gloved fists in the air during the medal ceremony in support of the Olympic Project for Human Rights, as well as a salute to Black Power.
December 9: Computer scientist Doug Engelbart of the Stanford Research Institute gives a rapt audience in San Francisco a glimpse of the digital future when he and a team of technicians and videographers present what will later become known as “The Mother of All Demos.” 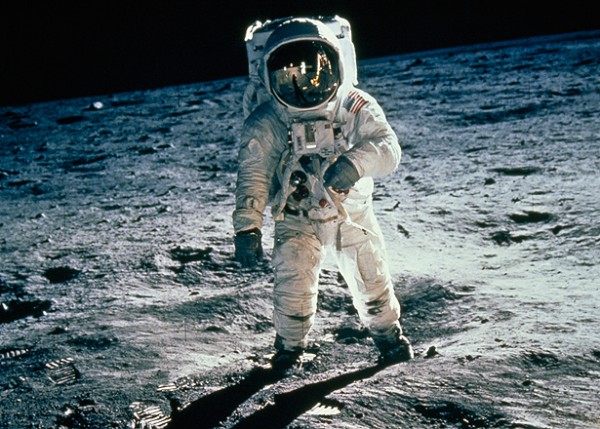 January 3: Shirley Chisholm of New York becomes the first African American woman to serve in the U.S. House of Representatives.
January 20: Richard Nixon is sworn in as the 37th President of the United States. By August 9, 1974, he will have resigned.
January 28: As many as 100,000 barrels of crude oil spill from a ruptured oil platform into California’s Santa Barbara Channel, soaking beaches, birds, and sea mammals.
March 10: G.P. Putnam’s Sons publishes The Godfather by Mario Puzo. In 1972, the film version of the novel, directed by Francis Ford Coppola, will top that year’s box office and win three Oscars, including best picture.
June 28: A New York City Police raid of a Mafia-owned gay bar called the Stonewall Inn escalates into a spontaneous riot, as patrons and supporters of the Stonewall decide that they have had enough of the city’s anti-gay ordinances.
July 20: Apollo 11’s lunar module, “Eagle,” lands on the moon; Neil Armstrong and Buzz Aldrin exit the spacecraft and walk around a bit.
August 9–10: Followers of Charles Manson kill seven people, including actress Sharon Tate and her unborn baby.
August 14-22: Hurricane Camille, one of only three Category 5 hurricanes in the 20th century to touch down on U.S. soil, forces the Mississippi River to flow backwards for 150 miles.
August 15-17: As many as half a million people descend on a dairy farm in Bethel, New York, for the Woodstock Music and Art Fair. Standout performers include Ravi Shankar, Sly and the Family Stone, and Jimi Hendrix.
October 5: “Monty Python’s Flying Circus” debuts on BBC One and includes a memorable sketch titled “The Funniest Joke in the World.”
October 16: The underdog New York Mets win the World Series.
October 29: A UCLA student named Charley Kline sends the first message over the Advanced Research Projects Agency Network (ARPANET), which will evolve into the Internet. The message, which is delivered to a computer at the Stanford Research Institute, reads “login.”
November 15: More than 500,000 march against the war in Vietnam in Washington, D.C.
November 20: Native Americans occupy Alcatraz Island in San Francisco Bay. The occupation is forcibly ended on June 11, 1971.
December 6: The 1960s stumble to a bloody, disorganized close at a racetrack called Altamont in Northern California, where the Rolling Stones hold a free concert attended by more than a quarter million people, one of whom is stabbed to death practically in front of the stage.

The Mao Mango Cult of 1968 and the Rise of China's Working ClassRainy Day Psychedelia: Seattle’s 1960s Poster Scene Gets Its Day in the Sun