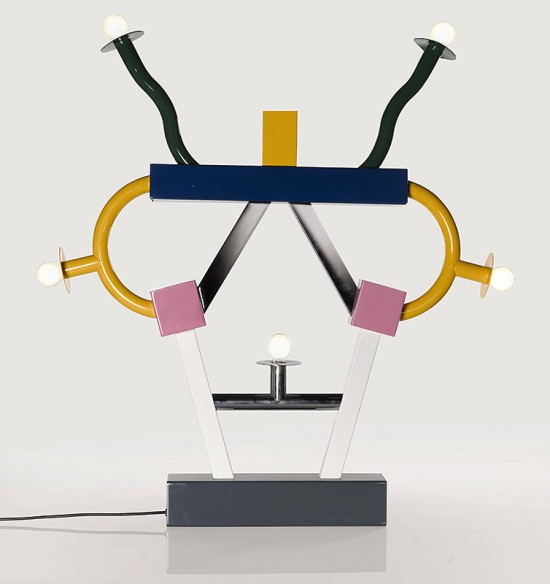 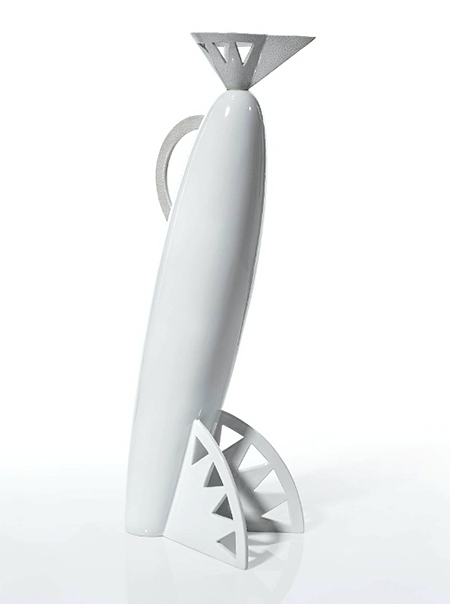 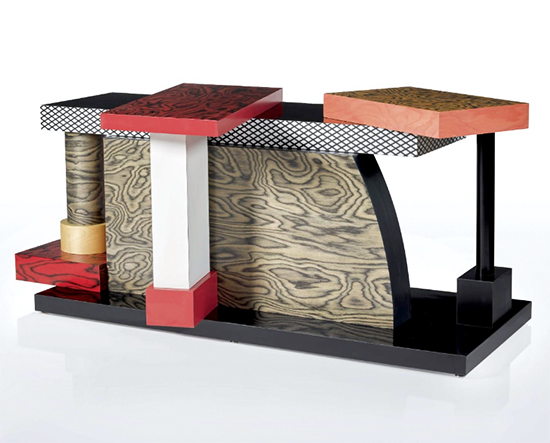 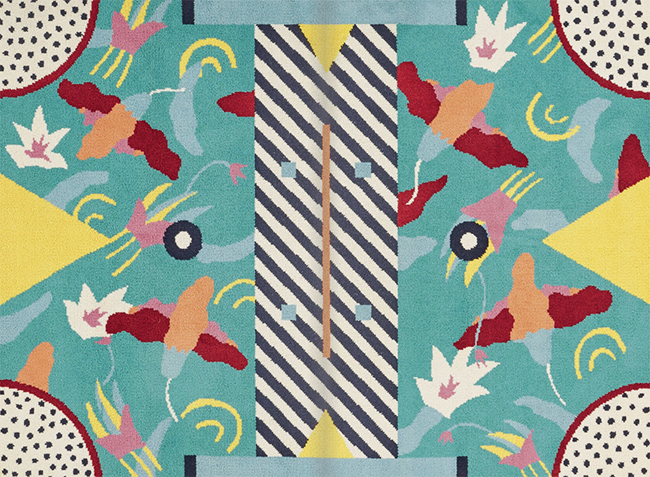 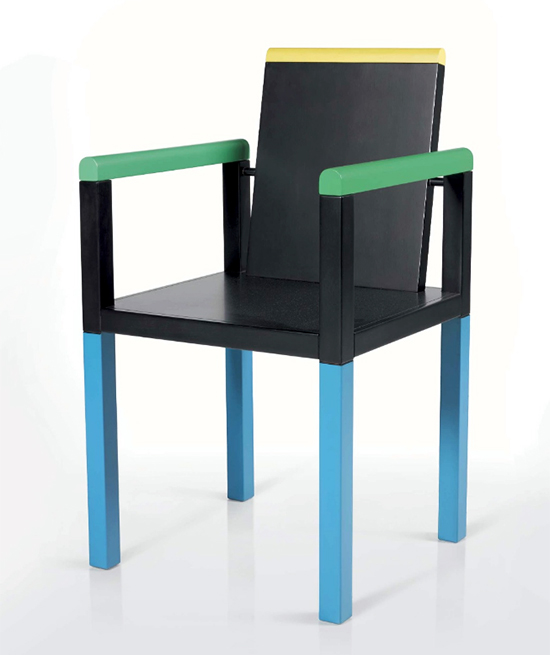 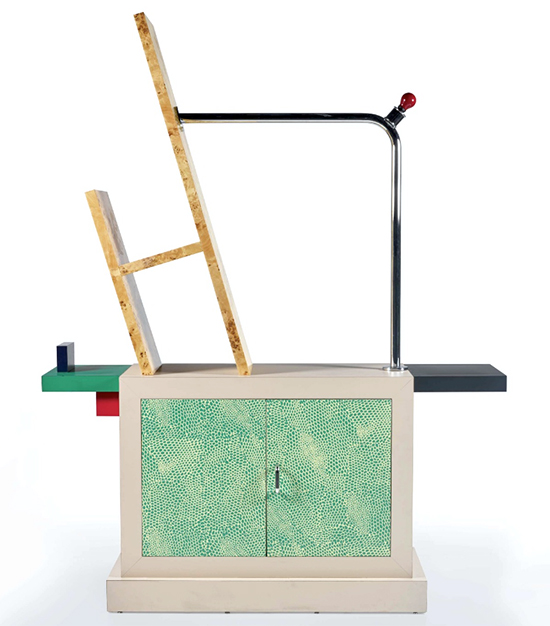 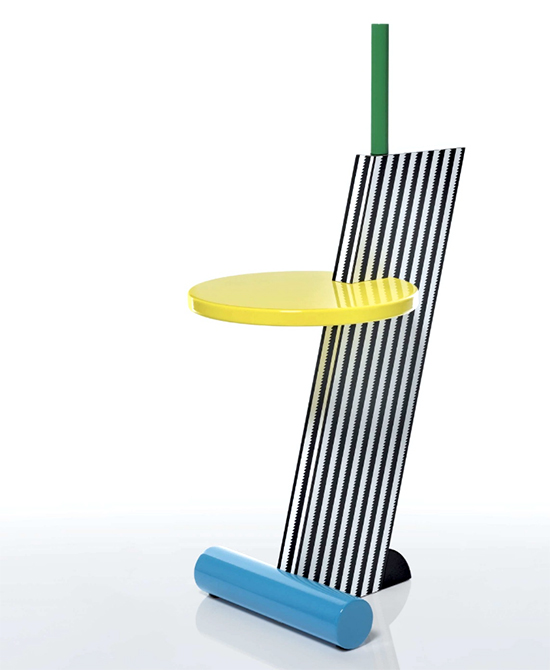 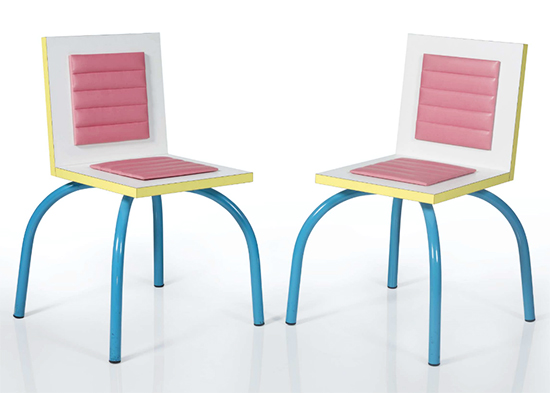 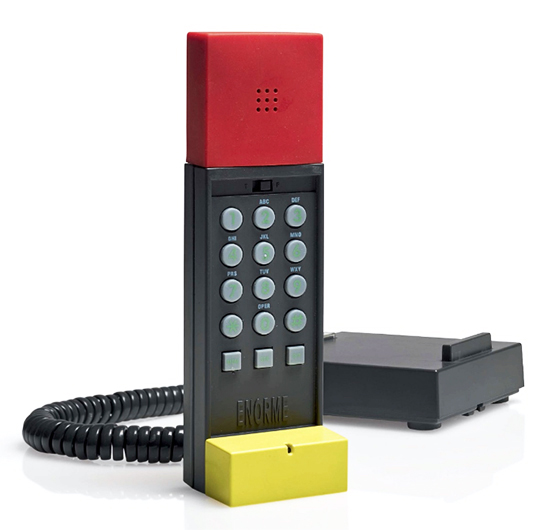 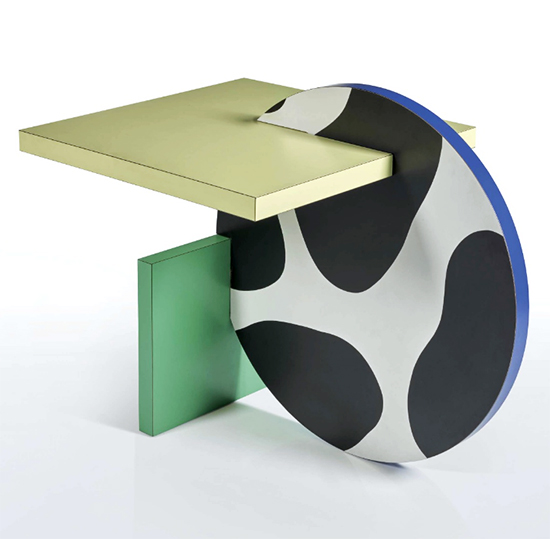 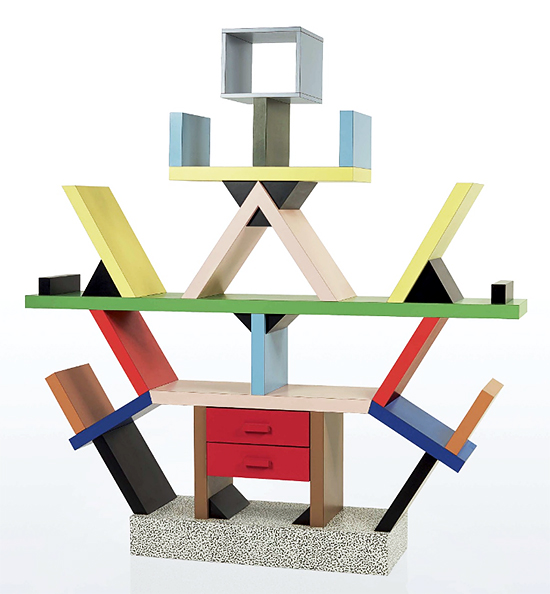 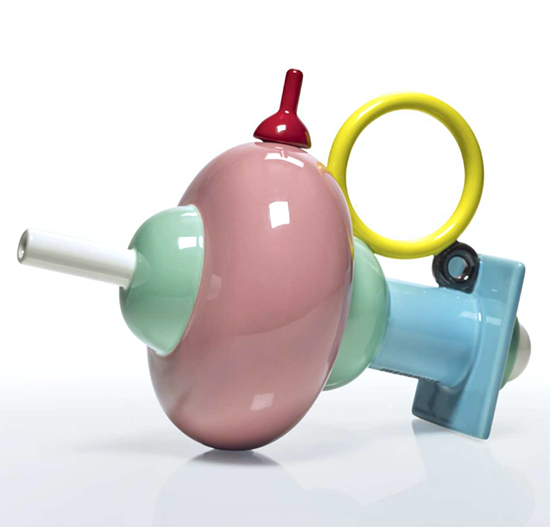 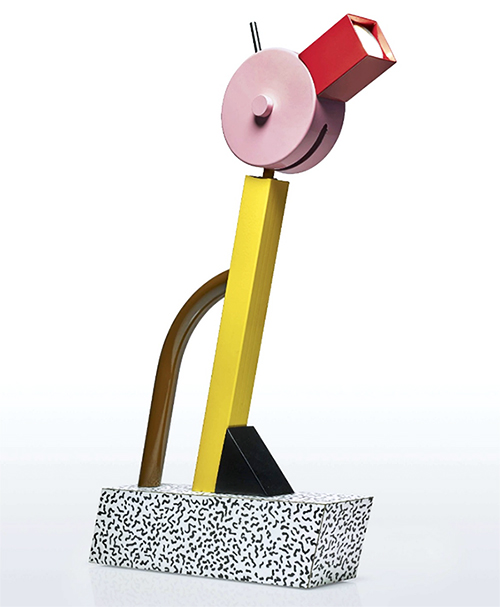 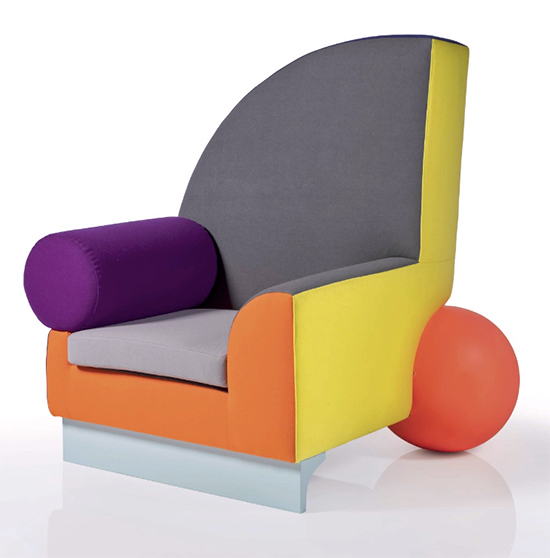 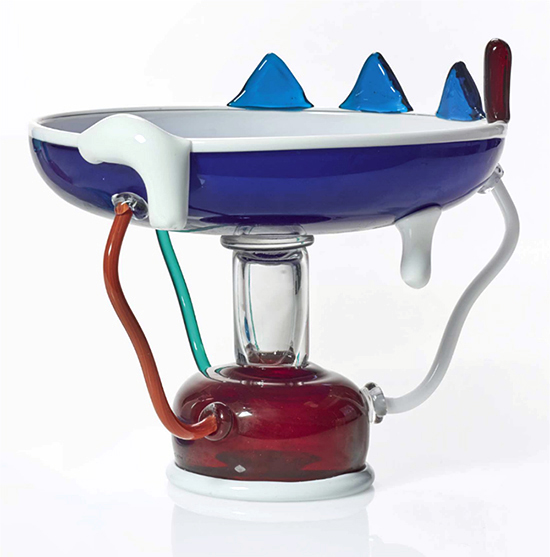 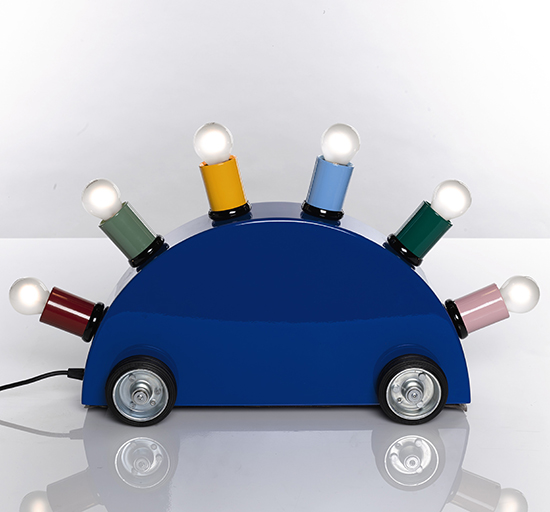 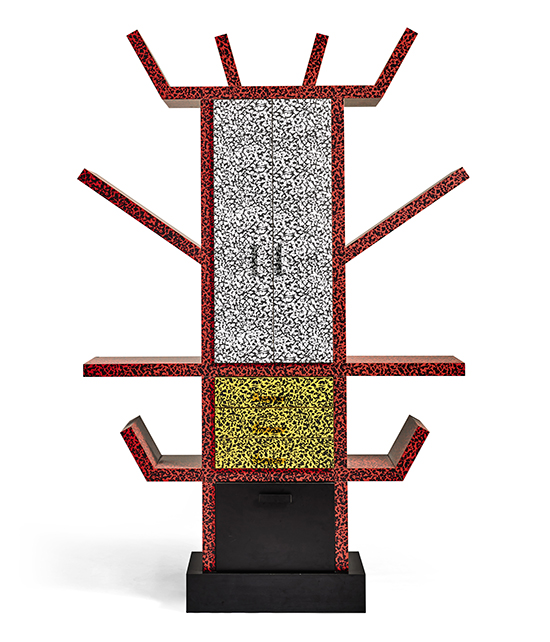 Remembering David Bowie, most people rightfully think of his genre-defying music and androgynous, futuristic fashion sense. But Memphis-Milano furniture? Though Bowie described his infatuation with Memphis design—and the work of founder Ettore Sottsass in particular—in the pages of “V Magazine” in 2002, most fans weren’t aware of Bowie’s insatiable appetite for the wild postmodern furniture. Only now is the breadth of his personal collection finally visible, as more than 100 objects go up for auction at Sotheby’s London branch on November 11.

“It didn’t look serious. It looked like a prank.”

In “V,” Bowie explained that his interest in the design movement began with a cherry-red Olivetti typewriter first made in the 1960s. “The pure gorgeousness of it made me type as much as my need to get the songs down on paper,” he wrote of the machine. “I couldn’t not look at it.” The typewriter eventually led Bowie to Sottsass, who was already established as a leading Italian designer when he formed the Memphis group in 1980. Sottsass gathered a team of much-younger architects and designers, including Martine Bedin, Aldo Cibic, Michele de Lucchi, Nathalie du Pasquier, George Sowden, Matteo Thun, and Marco Zanini, and their first collection launched at the Milan Furniture Fair in 1981. 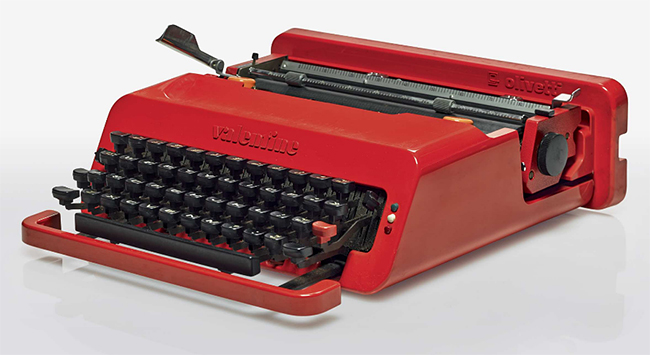 “Valentine” typewriter for Olivetti by Ettore Sottsass and Perry King, 1969.

The name “Memphis” was supposedly chosen after an early brainstorming session, during which Bob Dylan’s song “Stuck Inside of Mobile With the Memphis Blues Again” played repeatedly on the record player. The designers appreciated the word’s disparate connotations, evoking both cheap American kitsch and the regal city of ancient Egypt.

United in their efforts to reject traditional notions of “good design,” the Memphis artists mocked the bland austerity of Modernism by mixing clashing colors, patterns, and materials on playful geometric forms that often masked an object’s intended use. Although their collaborations only lasted a few years—Sottsass left the Memphis group in 1985, and the rest parted ways in 1987—they caused an uproar in the design world. Memphis sensibilities continued trickling into mainstream design via knockoff brands that influenced interiors everywhere from movie sets to high-school cafeterias.

“It didn’t look serious. It looked like a prank,” Bowie wrote of Memphis in 2002. “It mixed Formica attitude with marble diffidence. Bright yellows against turquoise. Virus patterns on ceramics. It couldn’t care less about function.” 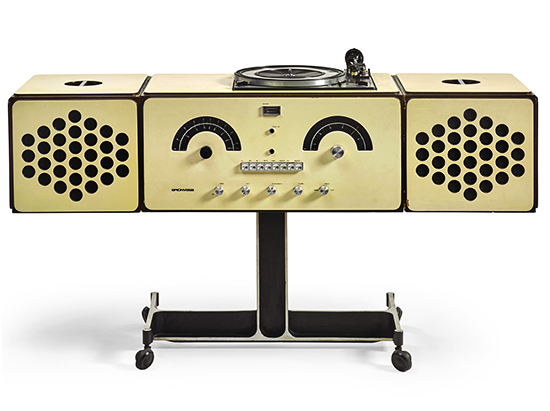 Bowie didn’t begin collecting Memphis in earnest until the 1990s, but his original pieces weren’t consigned to storage; instead, the musician rotated the distinctive furniture between his various properties. A few of the items even show signs of frequent use, like the wear on Bowie’s modular Brionvega Radio-phonograph from 1966, an icon of Italian design that presaged the Memphis mentality.

The upcoming Sotheby’s auction includes a few other items that predate the movement, like Bowie’s red Olivetti from 1969, as well as the full breadth of Memphis output, from a 1981 “Nefertiti” tea set by Matteo Thun to a 1986 “Big Sur” sofa by Peter Shire. And since original Memphis objects aren’t yet heralded the way iconic Mid-Century Modern furniture has been, the objects are relatively affordable, with some price estimates under $200. Regardless of whether the furniture is widely respected, Bowie’s affinity for Memphis makes perfect sense, as he embodied the ethos of the design movement: To make great art, you have to break some rules.

(All photos courtesy of Sotheby’s.) 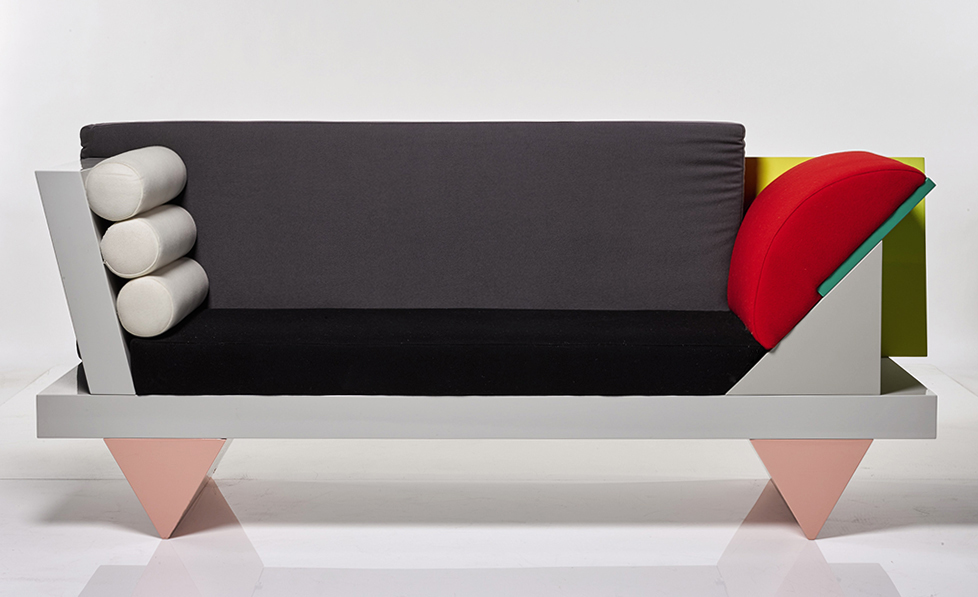 David Bowie MemorabiliaEven in his youth, David Bowie always seemed an old soul. In his song from …