Our music writer has made his list. What’s yours?

I admit it—I’m a music nerd. And as anyone of my kind can attest, we love making lists. Top ten rock songs of all time. Top five snot-core anthems of the ’90s. Top seven albums your great-uncle probably listened to and thought weren’t that good but that you think are decent. You know, lists.

So here are my top ten albums of the 2000s. Yes, I left out your favorite. Yes, my list is biased. If you disagree, leave your list in the Comment box below. 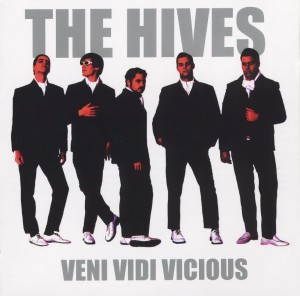 The Hives, “Veni Vidi Vicious” (2000)
From its first audacious chords, this Swedish masterpiece announces the real return of garage rock with a sound as raw as singer Howlin’ Pelle Almqvist’s prepubescent shrieks and squeals. Every track is a gem, from the anthemic “Hate to Say I Told You So” to the charmingly bizarre and out-of-place cover of Jerry Butler’s “Find Another Girl.” Howlin’ Pelle proclaims himself the Mick Jagger of a new millennium, and the Hives’ skintight riffs make me crazy enough to believe him.

Coldplay, “Parachutes” (2000)
On the other side of the loudness spectrum, Coldplay released its tender, fragile debut just a few months later in England. “Yellow” and “Trouble” eventually made most self-respecting music fans cringe—thank you, corporate radio—but this album has more than enough bright spots to make up for it. Singer Chris Martin’s irresistibly tender, vulnerable crooning on “Parachutes” and “Everything’s Not Lost” perfectly balances the surprisingly dynamic “Shiver,” which manages to be everything from delicately soft to earsplittingly awesome. 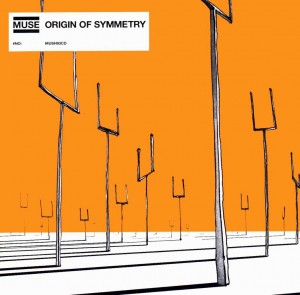 Muse, “Origin of Symmetry” (2001)
Also from England, Muse perfected the art of fuzz bass on this album, and singer Matt Bellamy’s jaw-dropping falsetto ain’t too shabby, either. With the exception of the somewhat forgettable track “Space Dementia,” the first seven songs of this album are pure gold, heavy-hitting space rock that climaxes in the 35 seconds of guitar riff perfection that close the operatic gem “Micro Cuts.” Give it a listen, and then cool off with Muse’s slick cover of the classic “Feeling Good.”

The Vines, “Highly Evolved” (2002)
If the Beatles and the Who pioneered the musical use of feedback in the 1960s, the Vines bring noise into the new millennium with “Outtathaway!” a blistering reminder of the power of simple chords, pumping bass lines, and gritty vocals. Aussie singer Craig Nicholls wins the award for best screamer, but not without weaving beautiful, delicate harmonies—sometimes on the same track. “It’s 1969 in my head/ I just wanna have no place to go,” he sings in “1969.” What more is there to say?

The Postal Service, “Give Up” (2003)
The group’s name comes from its method of collaboration (sending tracks back and forth via the mail). Whatever they did, this album delivers. Ha! Bad puns aside, the Postal Service practically reinvented the love song, with lines like “I am thinking it’s a sign/ the freckles in our eyes are mirror images/ and when we kiss they’re perfectly aligned.” Producer Jimmy Tamborello imbues synthesizers with emotion and even makes me appreciate singer Ben Gibbard (of Death Cab for Cutie fame). 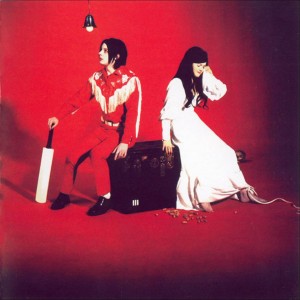 The White Stripes, “Elephant” (2003)
As others have said, the White Stripes’ “Seven Nation Army” features the best bass line of the past ten to twenty years—on a guitar! With a level of creativity and mastery that have become expected of him, Jack White brings the blues into the 21st century (“Ball and Biscuit”), rocks Elvis Costello (“I Just Don’t Know What to Do with Myself”), and makes all those other bands with three members just look silly.

Danger Mouse, “The Grey Album” (2004)
When Jay-Z’s “Black Album” collides with the Beatles’ “White Album” in Danger Mouse’s expert hands, the result is astounding—neither is the same once you’ve heard them together. “99 Problems” starts to feel empty without “Helter Skelter,” and “Public Service Announcement” lends some much-needed backbone to “Long, Long, Long.” Don’t miss the rebirth of “Glass Onion” in “Encore,” as Danger Mouse sets a new high bar for remixes.

Mutemath, “Mutemath” (2006)
Any album that starts with a minute-long instrumental track will either explode into the epic or fizzle into the forgettable. New Orleans’ Mutemath takes up the challenge and passes with flying colors: “Typical” has one of the catchiest guitar riffs ever; drummer Darren King pushes the limits of rock drumming in “Reset”; and singer Paul Meany sings with as much passion and depth as any self-respecting rock prophet. 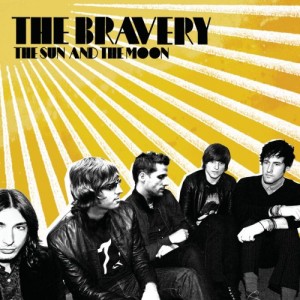 The Bravery, “The Sun and the Moon” (2007)
Again with the instrumental intros—this album leads off with 30 seconds of haunting organ, a bold gamble for a group of post-punk hipsters from New York. But it pays off, especially when the organ morphs into aggressive, irresistible synth. “The Ocean” is grand and sincere, with swooping strings, and “Every Word Is a Knife in My Ear” makes it acceptable for cool kids to dance to rock again.

The Subways, “All or Nothing” (2008)
Back to England, the Subways are as incestuous a band as they come—singer Billy Lunn is bassist Charlotte Cooper’s ex and drummer Josh Morgan’s brother. Unsurprisingly, perhaps, Cooper’s voice is perfect backup for Lunn’s, and songs like “Girls & Boys” will leave you gasping for breath even as you marvel at their harmonies. “I Won’t Let You Down” has a foot-stomping chorus that’s never loud enough, even when your speakers are close to combusting.

Runners Up:
Eminem, “Marshall Mathers LP” (2000) All the bombast and obscenity of gangster rap, with the added sexiness of “Drug Ballad” and the surprising honesty of “Stan.”
The Strokes, “Is This It” (2001) New York post-punk in a smoke-filled telephone booth, gloriously relaxed but impeccably precise.
The Killers, “Hot Fuss” (2004) Snyth dance rock perfected, with a healthy dose of glam courtesy of their native Las Vegas.
The Living End, “State of Emergency” (2006) Infectious Aussie rock from reformed punks who have out Green Day’d Green Day ever since the Americans started copying them.
The Raconteurs, “Consolers of the Lonely” (2008) Jack White strikes again, reminding us all why we love fiddles and Southern-style rock ’n’ roll.
Lady Gaga, “The Fame” (2008) Just kidding, I don’t listen to Lady Gaga.