A few months ago, our very own potrero posted a few Fada Catalin Bullet radios (the model 1000) on Show & Tell. Gotta love their shape (rounded on one end, squared off at the other), while their colors (rich burgundy, marbleized blue, butterscotch yellow) are equally glorious. 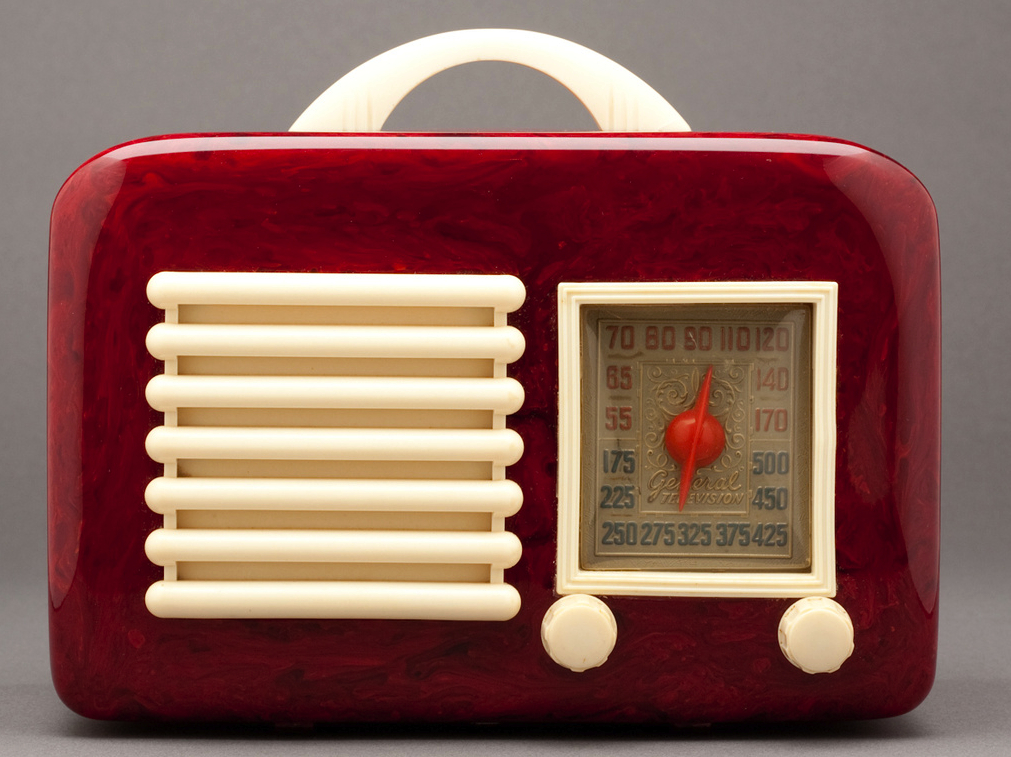 The other day, a Collectors Weekly visitor named decophobia posted a different Catalin radio on Show & Tell, this one made by General Television (see photo above). While Fada made lots of radio models in the 1940s, General Television only made one, the model 591, although they were produced in numerous colors. This version features a marbleized red body that’s offset by ivory-toned Tenite trim.