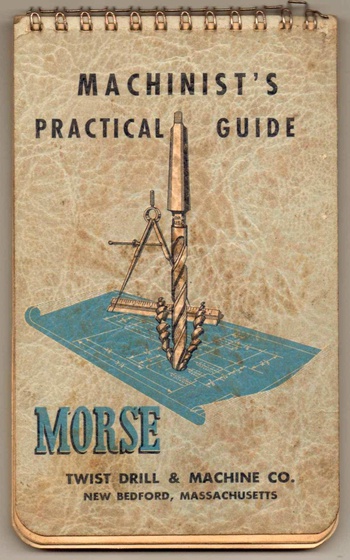 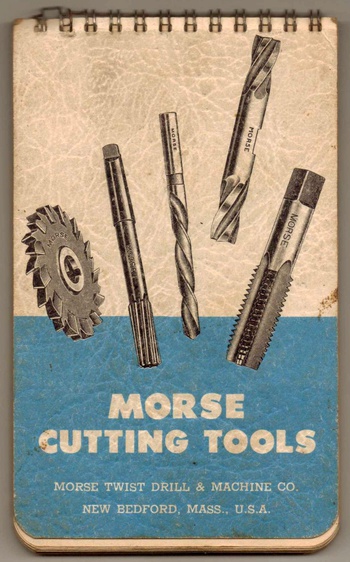 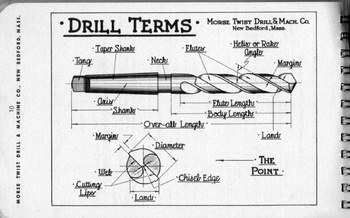 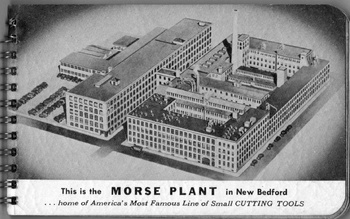 This is a 1950 issue spiral-bound pocket-size machinist's guide from the Morse Twist Drill & Machine Company of New Bedford, Massachusetts. The booklet consists of 89 pages. - The company was founded by Stephen A. Morse and located in New Bedford from 1864-1990. His original patent, No. 38119, is dated April, 1863. They made drill bits, dies, drill chucks and drills. They used the marks MORSE & M.T.D. & M. CO. as trademarks. - Philadelphia's 1877 Centennial Exhibition showcased the first exhibition of Morse tools and his products gained an international reputation for quality and were sold throughout the United States, England, Russia, and Germany. Since World War II, Morse has operated under the ownership of a number of companies, including Gulf+Western. The current owners, a group of American investors, purchased the company from a Scottish manufacturing concern, and are committed to upholding the Morse reputation for high-quality, American-made cutting tools. Currently, the Morse Company inventories over 25,000 varieties of cutting tools. 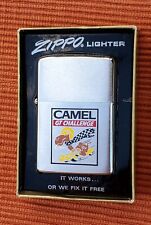