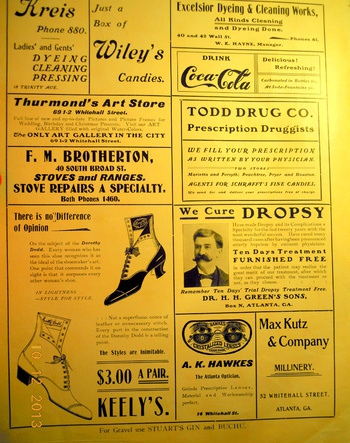 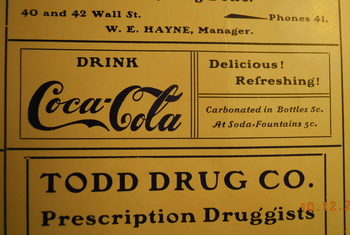 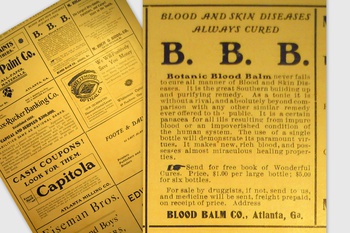 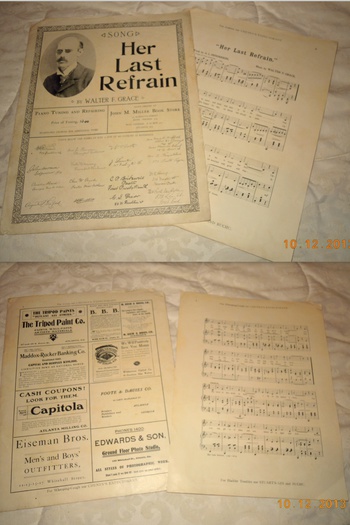 I'm not into paper items but thought this advertisement page from a piece of sheet music would look cool framed and hanging in the Coke Cave. A turn-of-the-20th century snapshot of Atlanta businesses. Seller described as 1902 but I have yet to find a date reference. The Coca-Cola logo looks right for that time period.

I also noticed a Botanic Blood Balm ad, which has a tie-in to Coca-Cola. The creator of BBB, druggist Asa Candler, bought a share of Coca-Cola in 1888, then eventually became sole owner. He would have sold off BBB a dozen or so years before this sheet music was printed, to concentrate solely on his new fountain drink. Candler filed to incorporate Coca-Cola in 1891.

While it was Dr. John Pemberton who created the Delicious! Refreshing! recipe in 1886, it was Candler's business acumen that enabled growth in sales which ultimately resulted in the global behometh that is Coca-Cola today. He would go on to become mayor of Atlanta.