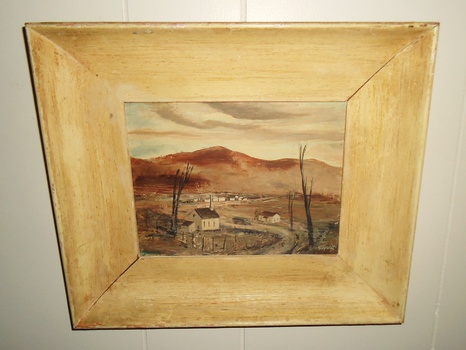 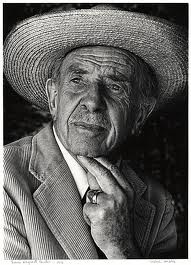 to me
Louis Bassi Siegriest (1899-1989) was a major California artist who lived and painted in Virginia City, Nevada, during the 1940s. A solo exhibition of his drawings and paintings of historical buildings on the Comstock was featured at the University of Nevada, Reno in 1983.

Siegriest was born in Oakland, California, in 1899. The artist's connection with Nevada dated back to his grandparents who operated a boarding house in Gold Hill at the height of the Comstock mining era. Siegriest attended night classes at the California College of Arts and Crafts in Oakland while in high school, and transferred to the California School of Fine Arts to study with Frank Van Sloun, a former student of the influential American painters Robert Henri and William Merritt Chase. Years later, Siegriest taught at the Art League of California.

In 1919, Siegriest became a member of a group of Oakland plein air painters named the Society of Six. This loosely organized band of artists rebelled against the prevailing earthy hues of Tonalist landscape painters like William Keith and Thomas Hill. Rather, Siegriest was attracted to the more colorful and adventuresome paintings of modern European and American artists, first encountered at the Panama-Pacific International Exposition in San Francisco in 1915.

Siegriest moved on to abstract painting in his middle years. However, he seldom departed from the possibilities presented by the western landscape, and found inspiration during regular trips to New Mexico, Utah, and Nevada. In 1972, the Oakland Museum featured a major retrospective of Siegriest's work.

Siegriest frequented Virginia City during the mid-1940s, a period during which he created brush and ink paintings of that city's weather-worn and dilapidated structures, sometimes just ahead of wrecking crews hired by contractors who hauled the antique bricks over to California. The artist recalled making at least 200 sketches and paintings during this period, twenty-four of which were featured in his University of Nevada, Reno, show in 1983.

After leaving the Comstock, Siegriest continued to use Virginia City as the subject in many of his lively collages and paintings—sometimes with contorted figures of tourists whom he felt showed veiled contempt for Comstock locals and their life style.