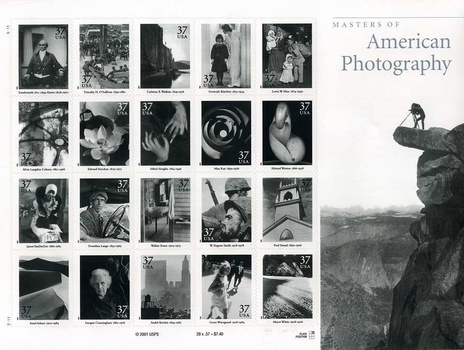 In 2001 the United States Postal Service issued a magnificent commemorative entitled “Masters of American Photography.” The set consists of 20 images by notable American photographers and, when first announced, I high-tailed it to the nearest post office for obvious reasons. A commentary on the back sums it up nicely:

“Featured on these stamps are photographs by 20 of our country’s most influential photographers. Arranged in chronological order, they offer a visual sampling of the history and development of photography in the United States and illustrate changes in American culture and society. The salvage image—made at Glacier Point in 1888 or 1889 by William Henry Jackson (1843-1942) or by one of his assistants—depicts a photographer using a mammoth plate camera precariously perched atop Overhanging Rock, some 3,200 feet above Yosemite Valley.”

I’ve studied photography for nearly 40 years and have seen each image in real life. They are indeed beautiful, important images and a fitting tribute to American photography. 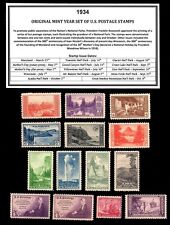 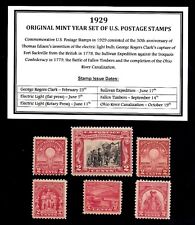 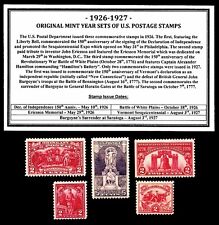 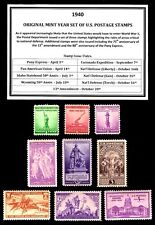