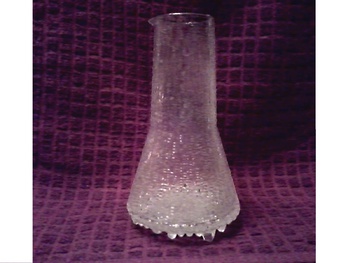 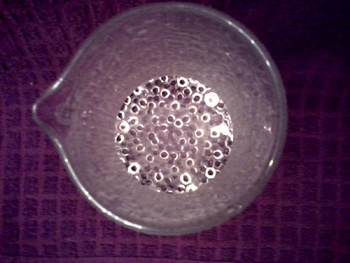 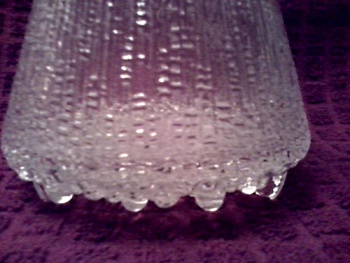 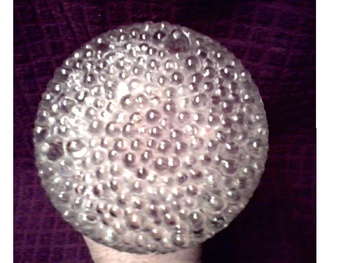 This was a purchase today at GW that was totally based on the design quality. An interesting 9" decanter. Didn't know anything about it other than I liked it. Really reflects the cold weather we've been having lately. Looks like it's made out of ice. My hunch was right as indicated below. -Mike-

Design description :
The design of the decanter is called Ultima Thule designed by Tapio Wirkkala in 1968 for Iittala. Ultima Thule is the area believed by the ancients to be the northern most land in the inhabited world. The ice and freezing cold of Scandinavia is echoed in the textured sides and bubbled glass on the base in this series.

Scandanavian Design .com
Tapio Wirkkala (1915-1985)
Was one of the pioneers of Finnish industrial art who gained international recognition in the years following the Second World War. This was due to his broad aesthetic scope and his refined exhibition designs. Conflicting aspects combined in Tapio Wirkkala's life and art. He was equally at home in metropolitan's abroad as in the wilds of Lapland, where he sought inspiration and impulses for his advanced design rooted solidly in the most genuine aspects of the Finnish experience.