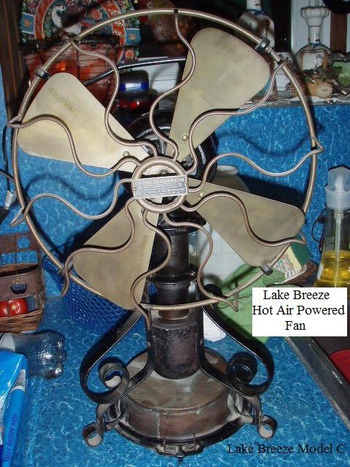 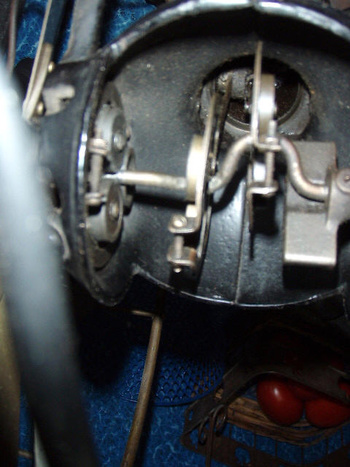 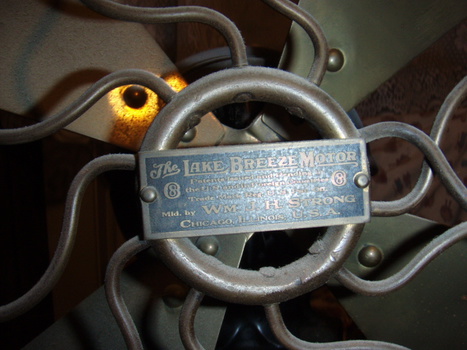 The Lake Breeze Hot Air Fan is not a fan to blow hot air. It is a fan that doesn't depend on electricity to power the fan. It uses hot air created by an alcohol burner to power it. The engine is correctly known as a Stirling Cycle Engine (named after the inventor in the 1800's). This fan was made around the turn of the 20th century. This particular fan is a Lake Breeze model "C". They made several models, floor models, and table models. The other fuels that were used to power them were natural gas and naptha. There maybe other fuels used that I am not aware of. It runs on a candle wick size flame and runs for hours on a very small amount of fuel. It runs whisper quiet too. ............. hotairfan