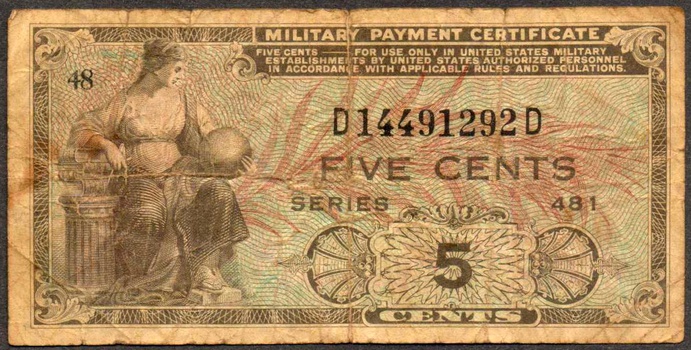 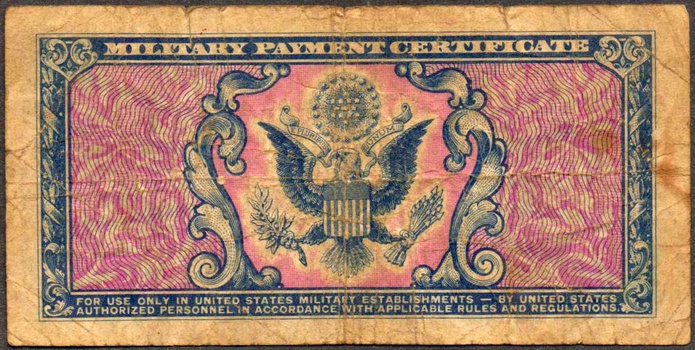 - U.S. Military Payment Certificate - Series 481 / Denomination - (5) Cents
- Serial Number D14491292D / Total printed - 23,968,000
- Entered into circulation June 20, 1951 / Devalued May 25, 1954
- Military Payment Certificates (MPC) were issued from 1946 until 1973.
- They were printed in fifteen series and used in 22 different countries during that 27 year period. The denominations issued range from five cents all the way up to twenty dollars. Military payment certificates were intended to be used by members of the United States military who were serving overseas. - A total of around 330 million dollars in face value in 7 different denominations from 5¢ to $10 was issued for the Series 481 notes and circulated in 18 different countries. / Condition - Circulated

US Paper Money
See all