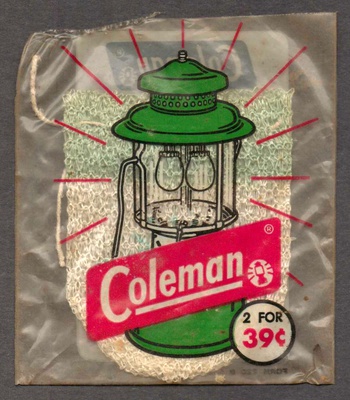 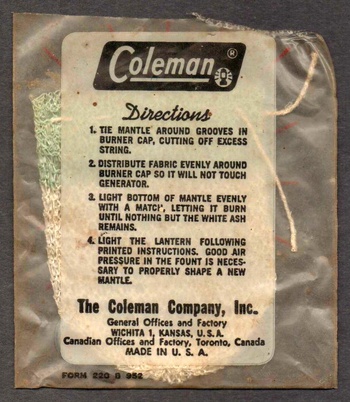 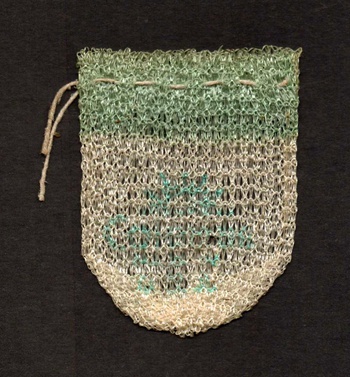 This is a packaged Coleman Company Lantern Mantle made by the Coleman Company, Inc., Wichita, Kansas - Made in U.S.A. - 2 for 39¢
Package has been cut open at top and one mantle remains. - Circa 1952
** Coleman Company, Inc., is an American company that specializes in outdoor recreation products. Historically, Coleman is known for camping gear. It was founded by William Coffin Coleman, who began selling kerosene lanterns in 1900 in Kingfisher, Oklahoma. He moved to Wichita, Kansas, in 1902. In the past, the company also produced a range of cooking stoves and domestic irons. Coleman also manufactures camp stoves (including the original "G.I. Pocket Stove"), sleeping bags, coolers, hot tubs, generators, watches, sandals, tents, dog toys, and backpacks among other things. Coleman is owned by Jarden Corporation since 2005.