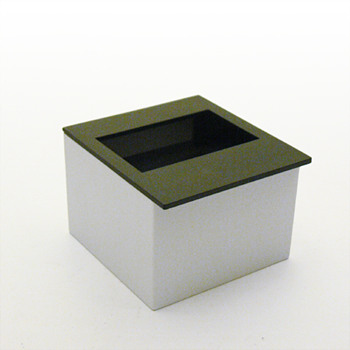 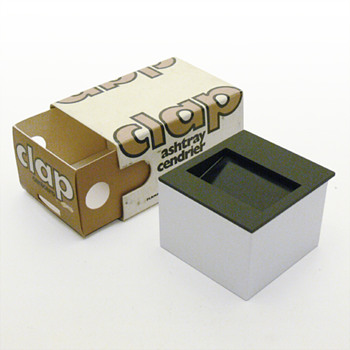 This great ashtray was produced by Flamagás, the same company that edited the ashtrays designed by André Ricard in the 1960s and 1970s.

I once found this seller fom Barcelona who had a lot of plastic ashtrays and, among them, a lot of non-Ricard Flamagás stuff. The TEIDE blue ashtray I shared here around one year ago was also purchased from her (http://www.collectorsweekly.com/stories/86409-teide-ashtray-unknown-designer-flamag?in=collection-794).

Just like it hapened with the TEIDE ashtray, I got this one in its original box, which is always a very nice plus :)

It also consists of two pieces. The bottom one is made in white melamine, whereas the top one is made of black plastic (probably also melamine, but nt 100% sure about it).

This ashtray is, in fact, the one that made me buy the Rowenta lighter because I thought that being made both of them in black and white they could fit together perfectly.