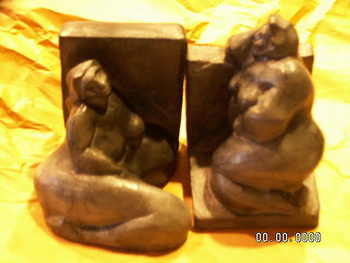 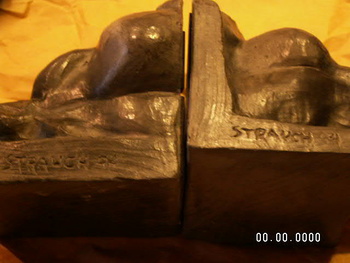 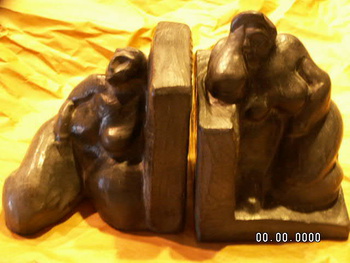 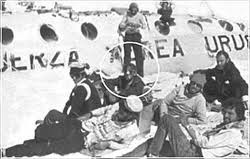 I just had to have these. They are brilliantly amazing sculptures of design. These "Rubenesque Nude Women" were sculpted and signed by Eduardo Strauch in 1994.

Eduardo Strauch was born on the 13th of August 1947 in Montevideo, Uruguay, where he lives today. From a young age he dabbled in painting and sculpture, but he did not pursue them at that time. In 1972, while traveling to Santiago, Chile, accompanying the Stella Maris College alumni rugby team, the plane crashed in the middle of the Andes. This difficult experience, in which the group was kept isolated for 72 days under the most inhospitable conditions imaginable, at 12,000 feet, was a turning point in his life. This was the start of a process, at age 25, which would become another source for his creativity. The 1993 movie "Alive" is about the 1972 plane crash in the Andes Mountains. Currently he continues his work in architecture and paints at his studio in the countryside, preparing works for exhibitions in Uruguay and abroad. He also travels internationally, giving motivational talks about his experience in the Andes. He has a passion for travel and for nature, which are the source of the inspiration for his artistic
creations.